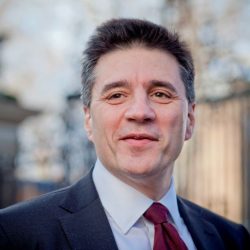 Practitioners will be aware that in recent years the Gambling Commission has handed down some significant financial penalties for breaches of operating licences. In an appeal recently heard by the First Tier Tribunal, Daub, a subsidiary of the Rank Group, challenged a penalty imposed by the Commission. The appeal was dismissed, and the judgment contains some helpful analysis for operators and their advisers.

In 2018, the Gambling Commission fined Daub £7.1m for serious regulatory failings relating to anti-money laundering and social responsibility. In 2019, Rank purchased Daub. In 2020 the Commission carried out an assessment which revealed further social responsibility code breaches and commenced a review. It rejected a regulatory settlement offer of £3m and went on in 2021 to impose a penalty of £5.85m, its Regulatory Panel commenting that the 2018 penalty had not been an effective deterrent. Daub appealed.

This was the first appeal against a financial penalty to reach the First Tier Tribunal. In a tightly-reasoned decision, Judge Finlay accepted the Hope and Glory orthodoxy in relation to appeals against administrative decisions. She said:

“… it has been repeatedly recognised in appellate case law that decisions of statutory regulators are not to be lightly reversed and the burden of proving that they are wrong lies on the Appellant. Further the courts have recognised that regulatory decisions are not of the “heads or tails” variety and are matters of judgment rather than pure fact.”

This approach, which is clearly the correct one, obviously presents a challenge to appellants against financial penalties, where there is no single apposite penalty: rather it is a matter of judgment for the regulator, subject only to the power of the appellate court to intervene when the decision is wrong.

Here, Judge Finlay decided that the penalty was not wrong. Rather, the Gambling Act required the Respondent to prepare a statement of principles for the exercise of power to impose a financial penalty. She found that the Commission had properly applied the principles in determining the penalty. It had correctly taken into account that the 2018 penalty had been intended to deter future breaches, but further breaches of anti-money laundering and social responsibility requirements had continued over a long period commencing almost immediately following the first penalty. She also found it likely that Daub had concealed its breaches from the Commission, which was an aggravating feature.

Rank, through Daub, had sought to argue that imposing large penalties on subsidiaries, which would inevitably be met by the parent, deterred the acquisition of smaller companies by larger ones which could be expected to improve the compliance of the acquired entity. It was also argued that Rank had already lost out by acquiring a non-compliant company, and this should reduce the amount of the penalty.

Judge Finlay rejected these arguments entirely: “It is expected that all licence operators should be compliant and it is not a relevant mitigating factor that larger companies should not be discouraged from acquiring smaller companies.” Furthermore: “Rank is a sophisticated business. The acquisition meant that Rank was responsible for any profits or losses flowing from the Acquisition. Any anticipated risk should have been factored into the terms of the acquisition.”

Nor was the Judge prepared to treat the growing post-acquisition losses of Daub as a mitigating factor because “it was likely that the loss of profitability was due to the cost of the measures that had been put in place to improve the processes and procedures in relation to anti-money laundering and social responsibility” following discovery of the breaches by the Commission.

Before Rank acquired Daub, Commission officials had responded to a request by Rank by saying that they were satisfied with Daub’s recent compliance record. Rank, through Daub, advanced this as mitigation because it had affected their decision to purchase Daub. However Judge Finlay accepted the Commission’s submission that Daub had misled both Rank and the Commission about the true compliance position, and Rank, which was aware of Daub’s previous behaviour, had taken a risk upon acquiring Daub. Indeed, the Learned Judge found that the commercial consequences of the acquisition incurred by Rank were not relevant when fixing the penalty for breaches by Daub.

Finally, as exhorted by the Court of Appeal in Hope & Glory, the fullness and clarity of the regulator’s reasons are to be taken into account in deciding whether the decision is wrong. In this case, the Commission clearly applied its own principles and gave detailed reasons for the penalty. Accordingly, Daub failed to discharge the burden of satisfying the Tribunal that the decision was wrong, and the appeal was dismissed.

A copy of the decision may be found here.