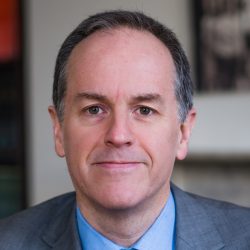 Since taking silk, Sean has quickly built a leading practice focused on complex and high profile cases. He acts for both claimants and defendants in claims covering the a wide range of Employment, Commercial Employment and Sport-related disputes. Clients identify, variously, team-working, approachability, breadth and depth of specialist knowledge and effectiveness in cross-examination as the particular skills Sean has to offer..

Employment Law is at the heart of Sean’s work. Widely-regarded as one of the leading Employment lawyers in the UK, his practice covers the entire range of employment-related matters from multiple equal pay, pension and employment status claims through to individual dismissals, whistleblowing claims, bonus and restrictive covenant disputes, and industrial action cases. He is instructed by individuals, trade unions and every kind of employer including large private sector companies such as Amazon, Easyjet, Ford, Lloyds Bank, Marks and Spencer, Tesco and Sainsburys; public sector bodies such as the BBC, the HMRC, the Metropolitan Police, and a number of local authorities and Education sector employers such as the University of Oxford and Nottingham University.

Sean has advised and represented a number of football clubs in disputes with players, managers and staff including Aston Villa, Everton, Newcastle United and Nottingham Forest. He has also been instructed by the League Managers’ Association and acted for former managers in actions against Fulham, Leeds United and the Football Association of Wales and for a former player against Tottenham Hotspur.

Away from football, he represented the RFU in its dispute with Bristol over the recruitment of a rugby forwards coach. He has sat as chair of disciplinary panel for British Ski and Snowboarding and conducted a disciplinary investigation on behalf of the Olympic Park Legacy Corporation.

Having run 13 marathons it is beginning to dawn on Sean that he is never going to qualify for the Boston Marathon.

Radia v Jefferies International
UKEAT/0007/18/JOJ, EAT, February 21 2020 [2020] IRLR 431
An appeal against a costs order which provided that the employee pay the employer’s costs in respect of unsuccessful disability claims was dismissed

Lloyds Bank GMP Litigation
High Court, Business and Property Court May 2017
Having been involved in the earliest litigation on the equalisation of GMPs, Sean is instructed as the discrimination specialist by the Trustees of the Lloyds Bank pension funds in this landmark litigation.

Argos v Unite
High Court, May 2017
Strike injunction dealing with a dispute relating out-sourcing and the protection of terms following a TUPE transfer.

Pemberton v Inwood
Employment Appeal Tribunal, December 2016
Representing a priest denied the qualification necessary for him to take up a post as a hospital chaplain after he entered into a same-sex marriage. The case is due to be heard in the Court of Appeal in 2017.

Royal Mencap v Tomlinson-Blake
Employment Appeal Tribunal, April 2017
Application of the National Minimum Wage regime to sleep-in shifts worked by care workers. The case is due to be considered by the Court of Appeal.

Scott v University of Oxford
ET, October 2016
Acting for the University in an equal value claim brought by a professor at the business school.

“As clever as he is creative, as expert as he is amusing, he has taken up residence in the Supreme Court on every employment case going – it’s where he belongs though. Associates see working with him as a perk of the job.” Legal 500

“Sean is utterly brilliant in relation to statutory construction, presentation of legal argument to tribunals and is also extremely client friendly. His cross-examination is electric and carries a real “edge” to it.” Legal 500

“Astute and super bright, he is extremely client-friendly and genuinely a joy to work with.” Chambers & Partners

“He’s incredibly personable, is known to have an encyclopaedic knowledge of employment law and has very sound judgement.” Chambers & Partners

“As a trial advocate he is peerless: his cross-examination is wonderful to watch and he basically dances around the witnesses and leads them wherever he wants them to go.” Chambers & Partners

“An outstanding advocate with a brain that drives at the speed of a Ferrari but submissions crafted like a Rolls-Royce.” Legal 500

“An excellent choice for employment law matters in the sports industry, particularly in relation to high-stakes manager recruitment and exits.” Chambers & Partners

“He grasps the intricacies of a case with astonishing speed.” Legal 500

“Absolutely outstanding. He has real gravitas and is strikingly bright and sharp.” Chambers & Partners

“A master advocate who is incredibly personable and extremely generous with his time.” Chambers & Partners

“A leading sport employment silk, who is usually the first choice for clubs in high-profile employment issues.” Chambers & Partners

“He thinks things through very clearly and has a very sharp mind.” Chambers & Partners

“He is an excellent sport employment specialist.” Chambers & Partners

“He is sharp and decisive, and has an extraordinary ability to present complex arguments simply” Legal 500

“So good, lay clients ask him if they can applaud after hearings” Legal 500

Full name (as registered with Bar Standards Board of England and Wales): Sean Jones QC