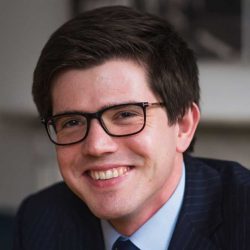 Rupert’s current and recent cases include acting for:

In 2013/2014, Rupert spent a year as a Judicial Assistant at the Supreme Court, assisting Lord Toulson JSC and Lord Hughes JSC. During that time Rupert was closely involved in many of the leading cases in his current areas of practice.

Rupert regularly advises and represents public bodies and commercial entities on issues concerning public law and judicial review, particularly in relation to matters with a human rights, European law, or commercial element. He advises on all aspects of vires and public bodies’ powers and obligations, and on challenges to public bodies’ decisions.

He appeared for the solicitors’ firms in the well-known Divisional Court and Court of Appeal litigation concerning the Lord Chancellor’s attempted reforms of the criminal law solicitors’ legal aid market, R (LCCSA and others) v Lord Chancellor [2016] 3 All E.R. 296, for the former Prime Minister of the Turks and Caicos Islands in the constitutional appeal to the Privy Council in Misick v The Queen [2015] 1 W.L.R. 3215, and for central Government in the Supreme Court appeal of R (C) v Secretary of State for Work and Pensions [2017] 1 W.L.R. 4127, which concerned DWP’s policies on the processing of historical gender identity data of transgender individuals.

His recent cases include acting for Bank Mellat in various inter-related sanctions proceedings in the Administrative Court and Commercial Court in Bank Mellat v HM Treasury, and for DCMS in R (EU Lotto Ltd and others) v Secretary of State for Digital, Culture, Media and Sport [2019] 1 C.M.L.R. 41, an Article 56 TFEU challenge to the Government’s decision to ban betting on non-UK Euromillions lotteries.

Rupert is on the C Panel of counsel for central Government work.

Rupert has very considerable experience in the application of the procurement and state aid rules, and has been instructed in a significant proportion of recent high-profile procurement litigation before the UK courts, including the Edenred and EnergySolutions appeals at trial and in the Court of Appeal and Supreme Court.

He has expertise in all the various procurement regulations, in direct claims under s. 2 European Communities Act 1972, and in related judicial review remedies. He is an editor of 11KBW’s Procurement Bulletin.

Rupert has recently been engaged, among other matters, in:

Current and recent cases include:

Rupert has substantial experience of claims for injunctive relief in the commercial employment sphere, both in relation to the enforcement of restrictive covenants and the protection of employer confidential information (ZeroLight Ltd v Wolff [2016] EWHC 487 (QB), Pendragon plc v Brearley and others), and of contractual claims arising out of employment disputes including bonus claims.

A sample of current and recent work includes:

Information law is a significant part of Rupert’s practice. His information law experience includes substantial work for the Information Commissioner and for public bodies on FOIA/EIR appeals in the First-tier and Upper Tribunals, frequently as sole counsel against silks / senior juniors. Rupert also has expertise in (i) the interface between information rights and privacy/data protection; and (ii) the use of information rights as an aid in wider litigation.

His recent cases include:

Rupert’s EU law experience ranges across a number of areas of law, from the discrimination provisions of the Equality Act and the environmental information access provisions of the Environmental Information Regulations, to the data processing and data protection obligations of the Data Processing Directive and related European legislation. He was recently instructed in R (EU Lotto Ltd and others) v Secretary of State for Digital, Culture, Media and Sport [2017] 1 W.L.R. 4127 (SC), an Article 56 TFEU challenge to the Government’s decision to ban betting on non-UK Euromillions lotteries.

A large part of Rupert’s practice is the EU law of state aid and public procurement, and he is very familiar with all applicable principles in this area including claims under the Regulations/Directive, and direct claims for breach of Treaty principles.

Rupert is on the committee of the Bar European Group.

Rupert has substantial experience of human rights claims in a wide range of contexts, whether concerning their application to public, commercial, or information law. A sample of Rupert’s current and recent work includes:

A substantial part of Rupert’s law is data protection, particularly in the commercial sphere.

Rupert was instructed in perhaps the two most high-profile data protection cases of the last 12 months: Various Claimants v WM Morrison Supermarkets plc [2018] 3 W.L.R. 691, a high-value group litigation privacy/data protection claim against Morrisons (one of The Lawyer’s Top 20 Cases of 2017) currently on appeal to the Court of Appeal, and NT1/NT2 v Google LLC [2018] 3 W.L.R. 1165, the first ‘right to be forgotten’ case in the High Court. He is now acting on the British Airways data breach group litigation, and defending Facebook’s appeal against the ‘Cambridge Analytica’ MPN in Facebook v IC.

Full name (as registered with Bar Standards Board of England and Wales): Rupert Paines