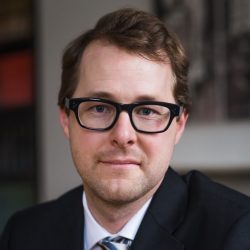 Peter Lockley has a broad practice spanning Public, Information and Employment Law. He has a keen interest in environmental law, in particular in litigation that helps public interest groups to strengthen environmental protection. He has acted on numerous occasions for the Information Commissioner and draws on this experience when representing individuals and public authorities in information and data protection matters. He regularly appears for both claimants and respondents in the Employment Tribunal.

Peter has a thriving practice representing green groups in high-profile environmental litigation, including a recent successful challenge to Government fracking policy, and representing Friends of the Earth in its claim against the third runway at Heathrow. In addition, he often acts for local authorities and regulators on both contentious and advisory matters. In particular, he has significant experience of acting for the Local Government Ombudsman and for Ofgem.

Prior to joining the bar, Peter worked for a major environmental NGO. He is keen to work with individuals and public interest groups to find creative legal ways of strengthening environmental protection.

Peter has acted for the Information Commissioner in more than 70 FOIA/EIR appeals in the First-Tier and Upper Tribunals. From these cases he has gained a deep working knowledge of the information access regimes. This allows him to offer highly practical advice and representation to requesters and public authorities on information matters.

Peter appears regularly in the Employment Tribunal and Employment Appeal Tribunal, acting for both Claimants and Respondents across the full range of employment law claims.

Peter is a co-editor of the new data protection chapter of Tolley’s Employment Law Handbook. He is also the author of several guides to environmental technologies used in commercial shipping.

Graduate Diploma in Law in (Distinction)

Peter is a member of the UK Environmental Law Association.

Prior to commencing his legal career, Peter was the Head of Transport Policy at WWF-UK, where he was involved in high-profile environmental cases: (R (Hillingdon) v Secretary of State for Transport [2010] EWHC 626 (Admin) (Heathrow third runway); (Case C-366/10, Air Transport Association of America, [2012] 2 CMLR 4) (Emissions trading for foreign airlines).

Full name (as registered with Bar Standards Board of England and Wales): Peter Lockley