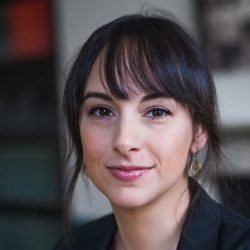 In her public and regulatory practice, Hannah has wide-ranging experience acting for both claimants and public bodies. She is consistently instructed in policy cases of major public importance, as well as sensitive matters concerning the rights of individuals. She has particular expertise in the community care, healthcare and education sectors.

In employment and commercial law, she regularly appears in the employment tribunals, the EAT, the county court, the High Court and the Court of Appeal, dealing with all stages of litigation. She has extensive experience in complex discrimination matters.

Before coming to the Bar, Hannah worked with a number of charities and public bodies, including the Public Law Project, the Equality and Human Rights Commission, INQUEST and the Care Quality Commission.

Hannah’s broad public law practice encompasses areas such as: constitutional law; unlawful detention; human rights; education; electoral law; community care; healthcare, emergency services and inquests. She also deals with matters relating to the conduct and decisions of political parties. She acts for claimants and defendants. She acted for Liberty in the landmark Supreme Court case concerning Article 3, arising from the Black Cab rapist investigations. She regularly acts in complex litigation concerning the closure or reconfiguration of public services. She recently acted on behalf of the lead complainants to the Equality and Commission Rights Commission investigation into antisemitism in the Labour Party.

Hannah’s public law specialisms in community care, healthcare and education are dealt with in separate sections below.

Examples of her work include:

Gordon v Parole Board and Secretary of State for Justice
CO/1822/2019
Currently defending the Parole Board in a judicial review challenging the system in place to enable the effective participation of prisoners lacking capacity. Led by Jonathan Auburn.

R (Medical Defence Union) v Secretary of State for Health and Social Care
CO/2273/2019
Currently defending the Government in this high level challenge to the creation of a State indemnity scheme for the liabilities of GPs. Led by Clive Sheldon QC.

Sally Gimson’s challenge to selection decision of the Labour Party’s NEC
Acted as sole counsel on behalf of Sally Gimson, whom members of the Constituency Labour Party of Bassetlaw selected as their candidate for the 2019 election, after the NEC refused to endorse her candidacy. Instructed by Mishcon de Reya.

R (Juttla) v Hertfordshire Valleys Clinical Commissioning Group
[2018] EWHC 267, (2018) 21 CCL Rep 325, QBD (Admin Ct), February 21 2018
A respite care service for children with complex medical needs was a ‘health service’ and the local authority should have been consulted before funding was withdrawn from it.

DSD & NBV v Commissioner of Police for the Metropolis
[2018] UKSC 11
Intervened on behalf of Liberty in this Supreme Court appeal, arising from the case of the Black Cab Rapist. The case redefined the scope of an Article 3 obligation on the police when investigating crimes involving torture, inhuman and degrading treatment.

R (Gulf Centre for Human Rights) v Prime Minister
[2016] EWHC 1323 (Admin)
Represented the claimant challenging recent amendments to the Ministerial Code, which removed the obligation upon ministers to comply with international law and uphold the administration of justice. Led by Jason Coppel QC.

R (Hawke) v Secretary of State for Justice
[2016] ACD 56, [2015] EWHC 4093 (Admin), [2015] EWHC 3599 (Admin).
Acting as sole counsel, successfully represented the Ministry of Justice in a case about whether a prisoner should be relocated due to his wife’s disability. This has become a leading decision on the application of the Government’s reforms to remedy in judicial review under s.31 Senior Courts Act.

R (Moore) v Secretary of State for Local Government
[2015] ACD 44
Successfully represented the Save Farm Terrace Association in a judicial review challenging the Secretary of State’s grant of permission for the sale of allotments, instructed by Deighton Pierce Glynn. Led by Jason Coppel QC.

Buyinza v Secretary of State for the Home Department
CO/5765/2013
Acted as sole counsel on behalf of the claimant in an unlawful detention damages claim, instructed by Duncan Lewis.

In community care, Hannah acts both for and against local authorities, and advises both sides. She acted for the claimants in the high profile challenge to Central Government’s funding of the deprivation of liberty regime. She has appeared in important litigation about the duties owed to families with no recourse to public funds. She has acted in major challenges to the closure and privatisation of services. She also regularly acts as sole counsel in claims concerning the duties owed to children and vulnerable adults.

Hannah has wide-ranging experience in claims concerning healthcare provision. This year, she will appear for the claimant in the Court of Appeal hearing on the reconfiguration of emergency healthcare services in Dorset. She is currently instructed for the Government, defending a judicial review challenge to the establishment of a state indemnity scheme for GPs. She acted in the complex judicial review concerning the reconfiguration of Manchester’s general surgical services. She was instructed in the challenge to the compensation scheme for those who contracted Hepatitis C from contaminated blood products in the 1980s. She has extensive experience appearing before Continuing Healthcare review panels on behalf of families. She also appears in commercial disputes arising in a health context, including in arbitration.

Examples of her work include:

R (Medical Defence Union) v Secretary of State for Health and Social Care
Defending the Government in this high level challenge to the creation of a State Indemnity scheme for the liabilities of GPs. Led by Clive Sheldon QC.

R (Juttla) v Hertfordshire Valleys Clinical Commissioning Group
[2018] EWHC 267, (2018) 21 CCL Rep 325, QBD (Admin Ct), February 21 2018
Appeared for local authority. A respite care service for children with complex medical needs was a ‘health service’ and the local authority should have been consulted before funding was withdrawn from it. Led by Clive Sheldon QC.

R (Smith) v SS for Health
[2016] CO/5208/2016
Defended the Secretary of State for Health in response to this public law discrimination claim. The claimants challenge the compensation scheme for those who contracted Hepatitis C from contaminated blood products in the 1980s. Led by Charles Bourne QC.

R (Taylor and Wilson) v Sutton LBC
CO/1817/2015.
Acted as sole counsel for a local authority defending a challenge to a change of the opening hours of respite services.

Hannah has a strong specialism in education law.  She appears in the High Court and County Court on disputes between students and Universities. She regularly acts in the High Court and First Tier Tribunals on matters arising from EHC  plans. She works on exclusions  and admissions appeals. She has conducted  independent  investigations concerning complaints made by parents and by teachers. Hannah recently acted for the Department of Education in the Care Standards Tribunal, when an independent faith school had refused to educate its pupils on LGBTQ issues.

Hannah regularly acts in Court of Protection proceedings concerning deprivation of liberty and the best interests of vulnerable adults. In particular, Hannah appeared for the Ministry of Defence in a complex case concerning whether it was in the best interests of an injured ex- serviceman to return to Fiji with his family or receive superior medical care in the UK.

Hannah has acted in Inquests, representing both public authorities and families of the bereaved. She has also appeared in judicial reviews relating to Inquests. She appeared in the challenge concerning the decision to withdraw public funding for the representation of the senior police officers in the Hillsborough inquests. Before coming to the Bar, she worked with the charity INQUEST.

Hannah is an employment law specialist. She practices across the breadth of statutory employment law, with a particular experience of multi-party discrimination claims and complex whistleblowing matters. She is also instructed in high court matters, including misuse of confidential information, breaches of contract, bonus disputes and injunctions to prevent disciplinary proceedings. She regularly undertakes internal investigations on behalf of major employers. Her clients range from investment banks, tech firms and elite private schools to individuals and charities.

Examples of her appellate work include:

Drake International Systems Ltd v Blue Arrow Ltd
UKEAT/282/15, [2016] ICR 445, EAT, January 27 2016.
Acted sole counsel for the appellant in the EAT in the leading case on the interaction between early conciliation obligations and applications to add new respondents to a claim, instructed by Charles Russell Speechlys.

Hannah has acted in a landmark multi-billion pound tax case, and litigation concerning commercial agency. She has also acted as a conciliator in shareholders’ disputes.

She also has considerable experience of commercial disputes with public bodies. She has acted in arbitration proceedings concerning NHS contracts, and High Court litigation arising from contractual disputes with local authorities.

Where Human Rights and Development Meet (or fail to do so): The Constitutional Right to Housing in South Africa (2010, journal article published in the UCL Human Rights Review).

Analytical Overview of the 4th Session the Human Rights Council (2007, report published in the Council Monitor by the International Service for Human Rights).

Committee on the Elimination of Racial Discrimination – India 70th Session (2007, report published in the Treaty Body Monitor, by the International Service for Human Rights).

Full name (as registered with Bar Standards Board of England and Wales): Hannah Slarks