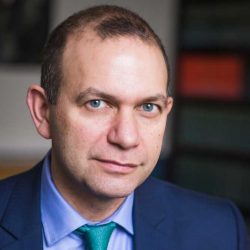 Dan is recognised as a “thought leader” in employment law and rated as one of the most highly regarded silks at the employment bar in Who’s Who Legal 2021.

Beatt v Croydon Health Services NHS Trust
[2017] EWCA Civ 401 CA, May 23 2017 [2017] IRLR 748
The EAT had been wrong to overturn an employment tribunal’s finding that a consultant cardiologist had been dismissed because he made protected disclosures

Yates v Orrick
(2015, ET)
Resisting claims of age and disability discrimination brought by a former member of a US law firm LLP

Smith v Carillion
[2015] EWCA Civ 209 [2015] IRLR 467
Acting for the Secretary of State on appeal relating to adequacy of protection against blacklisting, employment status, retrospective application of the HRA and declarations of incompatibility

Duffy v TNS
(2015, ET)
Acting for a research and media company resisting claims of sex discrimination and whistleblowing brought by a former CEO

R (Boehringer-Ingelheim Ltd) v NHS England
(2016, Administrative Court)
Resisting an application for permission to apply for judicial review of a decision of NHS England on the circumstances in which an end of life cancer treatment should be used

Examples of Daniel Stilitz’s work in this field include:

Dan regularly advises football clubs and managers regarding contractual and other disputes, and has also acted for Formula 1 motor racing teams and other elite sporting organisations. Examples of Dan’s work in this field include:

Daniel is a CEDR trained Mediator and has been accredited since 1997.  He has mediated in more than 50 disputes.

His mediation experience is in the following fields:

“He is a superstar. Incredibly clever, not afraid to take decisions, excellent on his feet, and a number one choice on any injunction matter without a doubt” Legal 500

“Daniel is very user friendly, has an excellent manner with clients and is absolutely first class as a trial advocate when on his feet – particularly during cross-examination” Legal 500

“Very easy to get on with – not imposing or intimidating despite being astronomically intelligent.” Chambers & Partners

“He is very measured and calm, and clearly has the respect of the Administrative Court judiciary.” Chambers & Partners

“Fabulous manner with both clients and tribunals, and he is constructive and commercial.” Legal 500

“He’s a very clever barrister who is very tactically astute and good with clients, and who has gravitas.” Chambers & Partners

“He has an air of authority that comes from his long experience. He’s very calm and is technically excellent.” Chambers & Partners

“Very clever, personable and a strong advocate – one of the best at the employment Bar.” Legal 500

“He has a broad public law practice which includes local government issues.” Legal 500

“He has a persuasive manner in court that results in the right outcome for clients.” Legal 500

“He’s a whistleblowing guru, as well as being very commercial, client-friendly and bright” Chambers & Partners

R (Independent Workers’ Union of Great Britain) v Secretary of State for Business, Energy and Industrial Strategy
[2021] EWCA Civ 260, CA, February 26 2021, [2021] IRLR 363
A union’s application to the Central Arbitration Committee for recognition for collective bargaining purposes was not admissible if there was already in force a collective agreement under which a union was recognised

School Facility Management Ltd v Governing Body of Christ the King College and Isle of Wight Council
[2020] EWHC 1118 (Comm), QBD (Comm), May 7 2020, [2020] PTSR 1913
It was ultra vires for a college to enter into a contract for the construction and hire of a modular building and associated equipment

R (Ideal Carehomes (Number One Ltd)) v Care Quality Commission
[2018] ACD 42, [2018] ACD 42, Admin Ct, January 19 2018
Care home provider’s criticisms of a regulator’s report, and of its rating of a care home as inadequate, did not demonstrate that the regulator had made any public law errors.

Air Products plc v Cockram
[2018] EWCA Civ 346, [2018] IRLR 755, CA, March 2 2018
An employment tribunal had been entitled to find that discrimination caused by an employer increasing its customary retirement age from 50 to 55 was objectively justified and was a proportionate means of achieving a legitimate aim.

Ministry of Justice v Prison Officers’ Association
[2017] EWHC 1839 (QB), QBD, July 19 2017, Times, September 20 2017
Dan acted for the Ministry of Justice in obtaining a permanent injunction against the POA to prevent inducement of industrial action in the Prison Service. The statutory prohibition against inducing a prison officer withholding his services included inducing him not to perform voluntary tasks.

Wandsworth London Borough Council v Vining
[2017] EWCA Civ 1092, CA, July 28 2017, Times, September 26 2017
The leading case on the employment status of parks police, in which the Court of Appeal held that they have a right to consultation on redundancies. Dan acted for the Secretary of State, intervening.

Beatt v Croydon Health Services NHS Trust
[2017] EWCA Civ 401 CA, May 23 2017 [2017] IRLR 748
Dan acted for a consultant cardiologist before the Court of Appeal, which restored the finding of the Employment Tribunal that he had been dismissed on whistleblowing grounds, following him raising concerns about the circumstances of the death of patient during a procedure.

Carneiro v (1) Chelsea Football Club (2) Jose Mourinho
(2016)
Dan acted for Chelsea Football Club and its former manager in resisting the much-publicised claims of sex discrimination and constructive dismissal brought against them by the club’s former first team doctor. The case settled on the second day of trial.

Contributor to Conduct and Pay In the Financial Services Industry: The Regulation of Individuals  (eds Ogg and Leiper). Informa Law from Routledge, 2017.

1999: Appointed to the Attorney General’s ‘B’ Panel

2006: Appointed to the Attorney General’s ‘A’ Panel

Member (and Committee member) of COMBAR, Member of ELBA, ALBA and ELA

Director of the High Pay Centre

Full name (as registered with Bar Standards Board of England and Wales): Daniel Stilitz QC