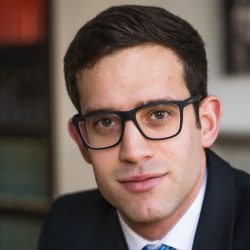 Zac has a versatile practice encompassing all areas of commercial, employment, data protection, media, sport and public law. He is often instructed in cases at the intersect of those areas, and by clients whose business or wider interests straddle them. His clients range from social media giants to political parties, tennis stars to fund managers, academics to corporate executives.

The breadth of Zac’s practice is reflected in the Courts in which he appears. He has appeared in the Supreme Court, Court of Appeal, all divisions of the High Court, the Employment Appeal Tribunal, the Competition Appeal Tribunal and a number of specialist first-tier tribunals (employment, information law and immigration and asylum).

Zac is ranked in the legal directories (Legal 500 and Chambers and Partners) for employment and data protection law. He is described as a “star junior” and “superb barrister”, “an all-around intellectual and practical talent” who “demonstrates abilities well beyond his year of call”.

Zac is comfortable working as sole counsel or as part of a larger team. His trial advocacy has been commented upon favourably in the directories, where he is described as “an excellent advocate”, “a very effective cross-examiner” who “makes cogent oral submissions which effectively bring out the strength of his case”.

Zac accepts instructions in all areas of commercial dispute resolution. He has particular experience in claims for civil fraud or which concern the breakdown of shareholder, director or executive employment relationships. Zac is often instructed in commercial disputes which raise issues of privacy or data protection.

Zac is currently instructed as sole counsel in a number of matters in the High Court. He has also been instructed in proceedings in the Dubai International Finance Centre (DIFC).

Zac’s recent and current instructions include:

Zac also has experience of arbitration proceedings in partnership disputes.

Zac regularly appears as sole counsel in the Employment Tribunals and Employment Appeal Tribunal in high value and complex claims. Zac has particular experience in whistleblowing and discrimination claims. He also has experience in appellate matters. Zac is regularly instructed against more senior counsel, including Queen’s Counsel.

Zac has a broad media and data protection practice and has acted in a number of high profile and complex matters, including a number of large group actions. His recent and current (non-confidential) instructions include:

In addition to the cases above, Zac is regularly instructed in significant data breach cases, many of which remain confidential.

Zac has appeared, both as sole and junior counsel, in a number of information law cases, including Galloway v Information Commissioner (2017) and All Party Parliamentary Group on Drones v ICO and Ministry of Defence (2017) (led by Timothy Pitt-Payne QC). He has also advised on a range of data protection issues, and has appeared in the county court in data protection matters.

Zac has a broad public law practice, and has appeared in a number of claims for judicial review. His work encompasses human rights, local government, asylum and constitutional law. His current and recent work includes:

Zac acted for the Claimant in Serco v Secretary of State for Defence , a large and complex procurement challenge relating to a substantial contract worth c. £1billion. The claim settled before trial, and following a successful application by the Claimant for specific disclosure (on which the Claimant was awarded its costs on the indemnity basis: [2019] EWHC 515 (TCC)) and an unsuccessful application by the Defendant for strike out ([2019] EWHC 549 (TCC)). Zac acted for Serco throughout the proceedings, led by Joseph Barrett and instructed by DWF.

Zac has experience with EU law issues outside of the context of procurement and competition law. Zac acted for a claimant in a claim for judicial review which argued that guidance issued by the Secretary of State was contrary to the IORP Directive (R (on the application of the Palestine Solidarity Campaign) v Secretary of State for Communities and Local Government (led by Nigel Giffin QC).

Zac also gained experience during pupillage in the following areas:

“He’s a superb barrister, who gets up to speed very quickly with the issues in the case and has a very thorough, detailed knowledge of the law” Chambers & Partners 2021- Employment

“Forensic in his examination of the brief, and does not let anything go or leave any stone unturned. A rising star” Chambers & Partners 2021- Data Protection

‘ An excellent advocate who demonstrates abilities well beyond his year of call. Both a razor-sharp mind and a natural manner with clients. A barrister who solicitors always trust to do a good job – a real star of the employment Bar. ’ Legal 500 2022- Employment

An all-round intellectual and practical talent, a future star of the bar and a pleasure to work with. ’ Legal 500 2022- Data Protection

“He is very impressive: he gets straight to the point and is a very effective cross-examiner.” Chambers & Partners 2022, Employment

“He is excellent on paper, offering a thorough review of relevant law, and he makes cogent oral submissions which effectively bring out the strength of his case.” Chambers & Partners 2022, Employment

“He’s a very responsive barrister, who is hard-working and easy to work and deal with.” Chambers & Partners 2022, Data Protection

“Invaluable on every case we’ve worked on with him. A star junior.” Chambers & Partners 2022, Data Protection

Zac enjoys combat sports and competed for a number of years at an amateur level in boxing and Muay Thai. Zac competed for Oxford in the 2013 Varsity Match, where he beat the Cambridge captain and won Oxford’s award for Best Technical Boxer. He is a long-suffering fan of Newcastle United FC.

Full name (as registered with Bar Standards Board of England and Wales): Zac Sammour