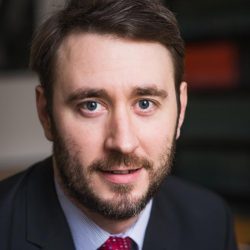 Tom Cross is one of the leading juniors at the UK Bar. He is highly ranked by each of the principal legal directories in seven areas: Administrative & Public Law, Civil Liberties & Human Rights, Education, Professional Discipline, Local Government, Employment, and Data Protection.

His most recent instructions include matters as varied and high-profile as the lockdown judicial review (Dolan), the challenge to the Census 2021 guidance (Fair Play for Women), Charlie Hughes’ battle for medicinal cannabis on the NHS, the challenge to Bermuda’s prohibition of same-sex marriage (Ferguson), the claim by Sir Philip Rutnam against the Home Secretary, the claim by Deliveroo Riders to worker rights (IWGB), the dispute between Christ Church and its Dean, the Article 50 / Gina Miller litigation, the challenge to the Parole Board’s decision to release the “Black Cab Rapist” (DSD), the school sex segregation case (Al-Hijrah), representing Strictly Come Dancing Professional Kristina Rihanoff in pregnancy discrimination proceedings, and acting in claims concerning abortion rights, the crime of female genital mutilation, and the recovery of silver from a shipwreck which was sunk during World War Two in the Indian Ocean.

He acts for claimants, defendants, and other parties in litigation, and maintains an extensive advisory practice. His private and public sector clients range from major companies to private individuals, UK and foreign governments, and regulatory bodies. He is Counsel to the Crown in civil cases (A Panel), Counsel to the Welsh Government (A Panel), and is one of the Counsel to the Equality and Human Rights Commission.

“Exceptionally lucid in oral communication and written argument”, “highly collaborative and hardworking” and “liaising superbly with solicitors and lay client” (Legal 500, 2022), Tom acts in civil liberties and human rights cases for all parties in both the domestic and international courts. His recent work has involved, among other matters, prisons, parole, women’s rights, religious rights, abortion, disability rights, free speech, trans rights, immigration, privacy and reputation, collective bargaining, the right to education, deprivation of property, the right to liberty, fair trial rights, and torture.

Described as having “an encyclopaedic knowledge of education”, Tom is ranked in the Top Tier of juniors in the country (Legal 500, 2022). There is no aspect of education law, private or public, which he does not cover. He has been involved in many of the leading cases of the past decade. He acts for and advises all parties, including universities and other higher education providers, schools, local authorities, parents, children and young people, and interest groups. He is a co-author of the leading practitioner text, the Education Law Handbook (LexisNexis: 2021).

An Employment Law Junior of the Year (Chambers & Partners, 2019), Tom has consistently been recognised as one of the country’s leading juniors. He frequently appears in the Court of Appeal, EAT, High Court and ET, invariably in the more complex and higher value cases. His expertise includes all forms of discrimination, whistleblowing, wrongful dismissal, unfair dismissal, business protection claims, disciplinary hearings, and employment-related aspects of public and human rights law. He has particular expertise in the fields of religion and belief discrimination and free speech in the workplace.

Tom began his career as an environmental and planning barrister, at a chambers specialising purely in that field. Many of his administrative and international law cases still concern environmental issues, from Brooke Energy (heat and power plant tariffs), to Seiont Anglers Society (the scope of the Environmental Liability Directive), or from Friends of the Earth (Strategic Environmental Assessment) to Craven (environmental information). He is as much at home acting for public sector clients as for third sector organisations or individuals, including in public interest litigation.

Tom has undertaken licensing cases from his earliest days of practice. He now acts mainly in disputes concerning alcohol and entertainment licences (principally for premises), transport (including private hire vehicles and boats), and sport. Recently, with Philip Kolvin KC, he advised Covent Garden’s street performers on a proposal by Westminster City Council to criminalise their activity in London’s West End. Tom’s strength in licensing lies in his appreciation of the commercial underpinnings of the regulated, combined with a legal skill set embracing public, regulatory, and local authority law.

“An exceptionally talented and gifted barrister with an outstanding intellect and excellent client care skills” (Chambers & Partners, 2022), there is no issue affecting local government, contentious or otherwise, which Tom is unable to handle. Most recently he has advised and acted in cases concerning, among other things, care homes, cemeteries, community care, contracts, elections, finance, housing, investigations, procurement, social care (children and adult), and councillor standards. “His commitment to each case is second to none” (C&P, 2022).

With particular experience in the medical, healthcare, legal, financial and sports sectors, Tom “clearly knows his stuff”, “is clear and effective when dealing directly with the client (even when asked to advise at short notice)”, and is “very hands on during the course of the matter” (Legal 500, 2022). His professional discipline practice principally comprises: (i) acting for either professionals or the regulator in high-stakes first instance proceedings; (ii) acting in appeals against sanctions decisions; (iii) acting in judicial reviews of regulators and (iv) conducting independent investigations.

“The standout junior at the public law Bar” (Legal 500, 2022), and previously UK Public Law Junior of the Year, Tom’s work covers the entire field, from domestic administrative, constitutional, and regulatory disputes to proceedings in the Privy Council and the international courts. He is Counsel to the Crown (A Panel) and one of the Equality and Human Rights Commission’s Panel Counsel, but acts just as often for commercial or individual claimants and interested parties as he does for government. He has been involved in many of the most important public and regulatory cases of the past decade.

An established leading junior in employment, professional discipline, public and regulatory law, and human rights, with significant experience in retained EU and commercial law, Tom is placed perfectly to undertake both litigation and advice in the sports sector. He has acted for clubs, players, agents, professional associations, governing bodies and other regulators, and sporting charities. He takes a particular interest in the issues of sex and gender reassignment discrimination, and structural racism, in sport.

Administrative & Public: “He is the standout junior at the public law bar. He has a unique ability to bring his expertise across several areas of law to bear in the realm of public law and human rights”. “He’s very approachable and provides incredibly clear and insightful advice”. “He’s hard-working, strategic and encyclopaedic in his knowledge”.

Education: “He has an encyclopaedic knowledge of education and brings his wider human rights, discrimination and public law expertise to bear in this; he continues to delight clients with his advice and service”. “Very, very able with a really sharp mind. He’s very efficient, has a precise advocacy style, and is very personable”.

Professional Discipline & Regulatory Law: “He clearly knows his stuff in a highly technical area. He is clear and effective when dealing directly with the client (even when asked to advise at short notice), and very hands on during the course of the matter”. “He’s hugely intelligent: if there’s a complex legal point he’s an excellent choice”.

Local Government: “An exceptionally talented and gifted barrister with an outstanding intellect and excellent client care skills”. “His commitment to each case is second to none. He is able to offer advice and guidance that is clear and practical”. “He is very bright and easy to work with. His written and oral advocacy is always of the highest standard”.

Employment: “His technical knowledge is brilliant, and I like his style and approach”. “He has an incisive mind, an ability to assimilate material quickly, analyse the legal and factual issues carefully, and cut through to the important points. His judgement is pragmatic and sound, and he gives clear, accurate advice”. “He has a sharp mind and a deep mastery of human rights in employment matters”.

“He instils trust and confidence in his clients”

“He has an exceptionally approachable and supportive manner”.

“You can throw anything at him and he becomes a master of it”.

“He has intellectual strength, strategic and tactical awareness, personal warmth, sensitivity to solicitor and client objectives, and resilience, all in the right proportions”.

“He has a razor-sharp intellect.”

“As an advocate he is always poised, polished and well prepared”.

“He is very easy to work with”.

“He is very personable”.

“He finds creative solutions to problems”.

“He has the great skill of delivering a complex idea in a straightforward way”.

“Decisive, deft and devastating in drafting”.

“He has a great strategic mind.”

“A walking brain. He can turn his hand to anything and do it well.”

“You naturally trust him”.

“He is worth his weight in gold.”

(In order of the most recent)

R (Brooke Energy Ltd) v Secretary of State for Business, Energy and Industrial Strategy
[2018] EWHC 2012 (Admin)
Whether a tariff for heat and power plants in the energy sector was lawful

He has written on numerous topics for a wide range of publications including The Times, the European Advocate, the Solicitors Journal, the Education Law Journal, the New Law Journal, Licensing Review, Professional Negligence, the Journal of Planning and Environmental Law, and the Local Government Lawyer. His yearly review of “Public Law in the Supreme Court”, authored jointly with Christopher Knight, has been published for nine years running in the journal Judicial Review.

He speaks widely on issues relating to his areas of practice. His recent discussion of the Higher Education (Freedom of Speech) Bill, for the Bonavero Institute of Human Rights, can be viewed here.

Earlier in his career, he was a Visiting Lecturer at the City University, where he taught the law of torts (2008-9). From 2009-2010 he served as a Judicial Assistant at the UK Supreme Court, where he worked for Lord Collins of Mapesbury, with whom he subsequently wrote The law on international custom in the case law of the UK Supreme Court, published by the Council of Europe.

Tom read Modern Languages at The Queen’s College, University of Oxford and was awarded Double First Class Honours. He did the CPE at City University, London, obtaining a Distinction.

Full name (as registered with Bar Standards Board of England and Wales): Tom Cross