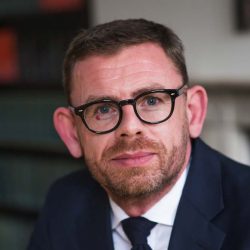 Richard is a litigator and advocate, both in the High Court and Employment Tribunals, as well as in appeals.

He has a wide-ranging practice, acting for individuals and for businesses. Recent cases encompass the duties of senior employees, directors, and shareholders; confidential information and restraint of trade; complex discrimination and whistleblowing claims; penalty clauses; and professional negligence by solicitors.

He is regularly involved in all stages of a claim, from initial advice and pleading, interim applications, mediations to speedy trials and appeals.

In the Who’s Who Legal UK Bar Report 2019, Richard was identified as one of the 7 most highly regarded silks in employment law, adding that he “gains extensive praise as ‘a real star of the Bar’, and an ‘absolutely outstanding, confident, commercial and diligent advocate’.”

Richard has substantial experience in all aspects of employment law, both statutory and common law, appearing at every level. From 2005 onwards he has advised in very long-running equal pay disputes. He continues to appear in long employment tribunal claims, predominantly those involving discrimination and whistleblowing claims, acting both for employer and employee, as well as in employment appeals.

Richard is a co-editor and substantial contributor to “Conduct and Pay in the Financial Services Industry”, published in the Lloyd’s Commercial Law Library in 2017. The book reflects his expertise in this field, advising in particular on all aspects of the Senior Managers Regime, the Certification Regime and remuneration issues (arising both under the remuneration codes, including malus and clawback, and the common law). He has been involved in some of the leading cases on City bonuses.

Richard has an extensive High Court commercial practice, appearing in the Commercial Court, Circuit Commercial Court, Queen’s Bench Division, Chancery Division and the Technology and Construction Court, as well as in arbitrations. His core practice centres on the relationship between the individual and the corporate body: directors’ duties, boardroom and shareholders’ disputes, the economic torts, conspiracy, protection of confidential information and restraint of trade, including team moves. Nevertheless, the subject matter is diffuse, from solicitors’ negligence to the heat treatment of torsion bars. He has considerable experience in dealing with injunction applications, both with and without notice.

“Richard is a delight to work with. He is extremely responsive and cuts through the noise to get to the nub of any case.” Chambers & Partners

“He handles the most difficult and complex cases extremely well.” Chambers & Partners

“Richard is very user friendly – clients love him. His advocacy and cross-examination are excellent and a joy to watch.” Legal 500

“He is very bright, he cuts through the case, he is a very strong advocate and he is very client-friendly.” Chambers & Partners

“He is brilliant, he is so thorough, he takes a case and just makes sense of it, and he is very good with witnesses.” Chambers & Partners

“Richard’s clarity of expression, insight and emotional intelligence are second to none. He is able to pick up on the smallest of indicators of how someone might react and adjust his position/submissions to accommodate it.” Legal 500

“Richard is brilliant – he is clever, urbane and decisive. I value all of these qualities, but having counsel be properly decisive with highly qualified lay clients is critical.” Legal 500

“A really good trial lawyer who is very hard-working, very tenacious and willing to push hard for his clients.” Chambers & Partners

“Clients trust him from the minute they meet him. He’s a serious expert in financial services regulatory employment work and has heavyweight legal knowledge.” Chambers & Partners

“… very clear on his feet. He is extremely incisive and a joy to work with.” Chambers & Partners

“A brilliant communicator in and out of court.” Legal 500

“Fantastic. A really bright, clever and responsive barrister. Exactly what one wants from counsel.” Chambers & Partners

“He is widely identified by peers as an impressive advocate who is formidable in cross-examination. He has a very broad employment practice, with particular expertise in difficult restrictive covenant issues and high-profile discrimination claims.

Strengths: ‘An excellent mind, an accomplished cross-examiner and a master of equal pay issues.’ ‘The leading junior at the Employment Bar without doubt – he is a KC in a junior’s clothing.’”

For the second consecutive year, Richard was the only “starred junior” in Employment Law. Chambers and Partners

Other directory comments have included:

Tinkler v Esken Ltd
[2022] EWHC 1375 & 1802 (Ch) [2022] Costs LR 1265
The claimant sought to set aside an earlier judgment ([2019] EWHC 258 (Comm)) on the grounds that it had been obtained by the fraud of the defendant and its officers. Richard (leading Daniel Isenberg) acted for the company. Leech J dismissed the claim and awarded costs on an indemnity basis.

Richards v Speechly Bircham LLP
[2022] EWHC 935 (Comm) and [2022] EWHC 1512 (Comm) [2022] Costs LR 971
Richard acted for the claimants in their claim for professional negligence in the context of a private equity transaction, in which they demonstrated that the defendant had failed to advise that there was a significant risk that the value of their residual interest in the business they had built up would not be protected under the proposed leaver provisions.

Stobart Capital Ltd v Esken Ltd
[2022] EWHC 1036 (Ch)
Richard acted for the defendant, which successfully established that it had had lawful grounds on which to terminate a management services agreement.

Burnell v Trans-Tag Ltd
[2021] EWHC 1457 (Ch)
Richard acted for the claimant in a claim which established that the statutory fiduciary duty to avoid conflicts of interest was a continuing duty.

Rashid v Oil Companies International Marine Forum
[2019] EWHC 2239 (QB)
Richard led Natalie Connor in this trial on whether a private body had complied with the principles of natural justice in withdrawing its authorisation for an individual to act as a ship inspector.

Pease v Henderson Administration Limited
[2019] EWCA Civ 158;
[2018] EWHC 661 (Ch)
Richard, leading Zac Sammour, acted for the claimant, an investment fund manager who brought claims for breach of contract against his former employer arising out of its failure to pay him around £4 million in management fees (which it had purported to defer and forfeit on termination), and its failure to allow him to replace the manager of a £1 billion investment fund on termination of his employment. The company’s counterclaim for unpaid management fees failed. The claim for management fees was successful. Allowing the defendant’s appeal in part, the Court of Appeal decided that there had been no further breach as (on the proper construction of the contract) the claimant had been able to replace the manager of the fund.

Stobart Group Ltd v Tinkler
[2019] EWHC 258 (Comm)
Richard acted for the Claimant, leading Daniel Isenberg, in a case that was described by the Daily Mail as “One of the most vicious High Court battles ever to grip the City”. The court found that the Defendant had been lawfully dismissed and removed as a director, in a judgment which considered the responsibilities of directors in their interactions with the board and with shareholders.

DHL Supply Chain Ltd v Secretary of State for Health and Social Care
[2018] EWHC 2213 (TCC)
Application for summary judgment and a cross-application for the lifting of the automatic stay under the Public Contracts Regulations 2015, concerning a procurement exercise for the provision of logistics services to the NHS with a value of £730m.

Reading Borough Council v James
[2018] IRLR 790, [2018] ICR 1839
Richard acted for the Council in its appeal challenging the proper extent of an equal pay comparison between a female claimant and a male comparator doing work of equal value who is promoted out of the job, leaving other viable comparators in place (ie the scope of the Sorbie principle). The judgment was given by the President, Simler J.

Capita v Darch
[2017] IRLR 719, [2017] EWHC 1248 (Ch)
Richard acted for the new employer, resisting an interim application for springboard and other relief made by the former employer of a group of transferring employees.

Richards v IP Solutions Group Limited
[2016] EWHC 1835 (QB)
Wrongful dismissal of founders of a business who, following sale, had become shareholders, directors and employees of the company acquiring that business.

Cavendish Square Holdings BV v El Makdessi
[2016] AC 1172, [2015] UKSC 67
[2013] EWCA Civ 1539 & 1540
[2012] EWHC 3582 (Comm), [2013] 1 All ER (Comm) 787
Richard acts for the claimants in this claim against a shareholder and former director, alleging that he was a defaulting shareholder and seeking the transfer of his shares.
The trial concerned the enforceability of covenants in a share purchase agreement which were alleged to have been in unenforceable restraint of trade or a penalty.
In a subsequent hearing, the court granted permission for the claimants to bring an application under the new rules relating to contempt of court.
Both issues were the subject of appeals to the Court of Appeal. This was the first case in the Court of Appeal considering the new CPR Part 81.
The Supreme Court’s judgment is confined to the penalty rule and is now the leading case on the subject, defining “the true test” for the application of the rule.

Clements v Lloyds Banking plc
[2014] ICR D22, EAT, April 30 2014
An employment tribunal had been entitled to find that a manager’s remark had constituted age discrimination and that the employee had been constructively dismissed, but that the discriminatory act had not caused the constructive dismissal.

Farnon v Devonshires
[2011] EWHC 3167 (QB)
Richard acted for the claimant in her claim against a firm of solicitors for advice she received in relation to her membership of a limited liability partnership.

Rabobank v Docker
[2011] EqLR 580
The EAT rejected a challenge to the Judgment of the Employment Tribunal in which it found that the Bank had discriminated against the Claimant on grounds of his race. Richard acted for the claimant before both the Tribunal and the EAT.

Redcar & Cleveland Borough Council v Bainbridge
[2009] ICR 133
This appeal addressed a number of issues central to equal pay, including the lawfulness of pay protection and the application of the doctrine of res judicata. When handing down judgment, Mummery LJ said that in his experience, this case involved “the most complex employment issues ever to have been considered by this court.”

Igen Ltd v Wong
[2005] ICR 931
The leading case on the correct approach to the burden of proof in discrimination cases. This was subsequently applied in Laing v Manchester City Council [2006] ICR 1519, often cited with Igen, in which Richard appeared for the claimant.

Co-Editor (with Tom Ogg) and contributor, Conduct and Pay in the Financial Services Industry: The Regulation of Individuals, Informa Law from Routledge (2017).

Full name (as registered with Bar Standards Board of England and Wales): Richard Leiper KC