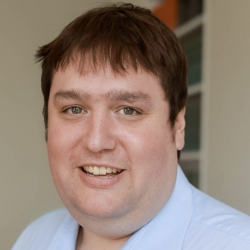 Remi Reichhold is a public law and public international law specialist, acting for and advising national governments, public bodies and private entities. He represents clients in the County Court, High Court and Court of Appeal, and has appeared before the International Court of Justice, the International Tribunal for the Law of the Sea and international arbitral tribunals.

In addition to Remi’s expertise in public law and public international law, he also has significant experience in Data Protection and Information Law, Police Law, Inquests and Sports arbitration.

Before joining chambers in private practice, Remi spent seven years working as Research Associate to Professor Philippe Sands QC. He assisted Professor Sands in his capacity as arbitrator in more than a dozen investment treaty claims under ICSID and UNCITRAL rules.

Remi has been appointed to the Attorney General’s civil panel (C Panel). He accepts instructions in all his specialist areas, including on a Direct Access basis.

He is recognised in Chambers & Partners as a “strong PIL lawyer” who has acted for an “impressive array” of national governments.

Remi is currently counsel for the governments of Mauritius and Equatorial Guinea in cases before the ICJ and ITLOS.

Remi has provided substantive and editorial input to leading textbooks, including:

Remi recently acted as junior counsel for three claimants in CMC v Mozambique (ICSID Case No. ARB/17/23). The claim arose from a construction dispute during which the claimants alleged treaty breaches with respect to: (i) fair and equitable treatment; (ii) discriminatory measures; (iii) complying with undertakings in good faith; and (iv) affording treatment no less favourable than to investors and investments of third countries.

He is recognised in Chambers & Partners as a “strong PIL lawyer” who has acted for an “impressive array” of national governments.

As a member of the Attorney General’s civil panel (C Panel), Remi is frequently instructed by the Government Legal Department to represent and advise government departments in civil proceedings, including the Ministry of Justice and the Home Office.

He is currently acting for a chief officer of police in a judicial review challenge concerning the availability of ‘closed material procedures’ in civil appeals under the Firearms Act 1968. This case will likely have nationwide implications for challenges against licensing decisions in respect of firearm and shotgun certificates.

Remi recently appeared in the Court of Appeal for the Secretary of State for the Home Department (led by Alan Payne QC) in a case concerning the interplay between asylum and the Hague Convention 1980 (Re (A Child) (Asylum and 1980 Hague Convention Application) [2022] EWCA Civ 188).

Remi recently acted for the Charity Commission in proceedings pursuant to s.114 of the Charities Act 2011 to recover more than £100,000 from a charity trustee.

Human rights concerns arise throughout Remi’s practice, both domestic and international. He has advised on liability and damages under the Human Rights Act 1998 and often acts in cases where human rights are engaged, either on a freestanding basis or in conjunction with other issues. Remi also regularly defends public bodies in discrimination claims under the Equality Act 2010.

Remi has considerable experience of information law and data protection. He regularly acts in claims relating to:

He is currently acting for the Secretary of State for the Home Department (led by Sir James Eadie QC and Alan Payne QC) in a judicial review challenge concerning the retention and extraction of data from mobile phones seized from migrants crossing the Channel. The main issues are:

He is currently acting in a judicial review challenge concerning the retention of non-conviction data on the Police National Computer. Remi is also defending a claim for loss of earnings where the claimant alleges that a data controller unlawfully disclosed information to potential employers.

Remi has represented and advised more than 30 chief officers of police in civil proceedings.

Actions against the police

Remi regularly defends civil claims in the County Court and High Court for wrongful arrest, false imprisonment, assault/battery, malicious prosecution, misfeasance, trespass, discrimination and alleged violations of the Human Rights Act 1998. His experience extends to claims encompassing complex personal injury as well as aggravated and exemplary damages. Remi is instructed in Fast-Track and Multi-Track trials, including civil jury trials. He is currently acting for the Chief Constable of Greater Manchester Police in the High Court (Chancery Division) in civil proceedings arising from the death of Paula Leeson.

Remi has advised chief officers in relation to sensitive operational and tactical matters including:

Remi is frequently instructed by chief officers in public law proceedings in the Family Division of the High Court, particularly in complex disclosure matters and applications for Forced Marriage Protection Orders (FMPOs). He recently advised a chief officer on the enforcement of an ­ex parte FMPO in relation to non-British children who were kidnapped in England and taken to a foreign jurisdiction.

Remi represents appropriate authorities in misconduct hearings against serving and former officers. His experience includes allegations of corruption, discrimination, serious criminal offences and dishonesty. He recently acted on behalf of North Wales Police in proceedings against PC Ashton, who was dismissed for gross misconduct following an allegation that he disclosed the name of a police informant.

Remi acts in sensitive and high-profile inquests (including Article 2 and jury inquests).

Remi has also acted in inquests arising from deaths following police pursuits and the restraint of a man with acute behavioural disturbance.

Remi is regularly appointed ad hoc clerk in appeals at the Court of Arbitration for Sport in Lausanne, Switzerland. This includes five recent appeals relating to anti-doping rule violations by Russian athletes at the 2012 London Olympic Games and the 2013 IAAF World Championships. Current and recent appointments include:

“A strong PIL lawyer who gets on top of Law of the Sea cases.” (Public International Law, Chambers & Partners 2022)

Native speaker of English and French

Full name (as registered with Bar Standards Board of England and Wales): Remi Reichhold