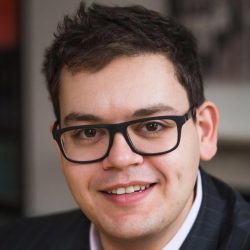 Leo accepts instructions in all areas of Chambers practice. His practice increasingly focuses on financial services, in both regulatory and commercial contexts. He has recently (December 2016) finished an extended secondment to the Financial Conduct Authority, has contributed chapters on financial regulation to practitioner textbooks and regularly provides training and presentations on regulatory requirements and procedures.

Leo is currently working on Clive Sheldon QC’s Independent Review into Child Sex Abuse Allegations in Football, but continues to accept instructions in other matters.

Leo has undertaken two secondments to the FCA. His first, in 2014, was in an Enforcement team, assisting the FCA in actions against firms and individuals. His second, in the Enforcement Law and Policy team, was full-time between October 2015 and March 2016, and two days a week from April to December 2016. During his secondment, he advised the FCA on a broad range of topics, including:

Leo has contributed two chapters to Conduct and Pay in the Financial Services Industry, on “Sanctions” and “Enforcement Procedures” respectively, and a new chapter on financial regulation will appear in the next edition of Tolley’s Employment Handbook.

Leo regularly advises on matters of financial regulation, including where these arise collaterally in the context of employment (including remuneration and exit agreements) and public procurement/state aid.

Leo regularly appears in the Employment Tribunal for both Claimants and Respondents. He has had experience in cases of unfair and wrongful dismissal, various forms of discrimination under the Equality Act and EU instruments (including age, disability and pregnancy/maternity), holiday pay, trade union disputes and TUPE. He has appeared unled in the Employment Appeal Tribunal and assisted in cases in the Court of Appeal and the Supreme Court. Leo has also assisted in high profile cases in the Employment Tribunal, including for the Government in Sargeant and others v London Fire and Emergency Planning Authority and others.

Leo recently appeared in the High Court in an application for a Banker’s Trust order, and has also assisted on several matters, both contentious and non-contentious, involving team moves, springboard injunctions, fiduciary duties, economic torts, share transfers, misrepresentation and deceit. He has also helped draft advice on topics including contractual damages, regulatory and tortious liability and indemnities.

Leo has appeared and drafted pleadings in the First-Tier Tribunal on matters ranging from freedom of information, data protection and privacy and electronic communications. He also has experience of the interplay between information law and other areas, such as regulatory and employment law. As well as regularly drafting pleadings for appeals before the Tribunal, Leo has assisted on information law matters in the High Court, including R (C) v Northumberland CC [2015] EWHC 2134 (Admin).

Leo has assisted in several high profile cases in the Admin Court, including challenges by local authorities to Government decisions. These cases have exposed him to the full range of duties on public bodies under statute, the Human Rights Act, EU law and principles of administrative law, including the duty to consult. He also advises public authorities regularly on matters of public law.

Kyriakou v Christie Manson and Woods Ltd and others (QBD)

Instructed to represent two innocent third parties who were Respondents to an application for a Banker’s Trust order.

Carthew v London Borough of Brent (SENDIST)
Instructed by the Local Authority to make representations regarding what provision would be appropriate for the young person in question.

Contributor, Conduct and Pay in the Financial Services Industry, Routledge

Full name (as registered with Bar Standards Board of England and Wales): Leo Davidson