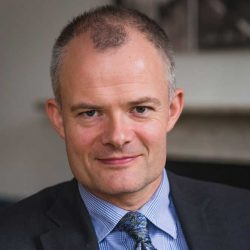 Julian Milford was called to the bar in 2000. His main areas of practice are public law, freedom of information/data protection, and employment law. Julian undertakes advisory and judicial review work in the field of public and constitutional law for central and local government, other public authorities, and individuals, and has been instructed for and against government on issues of major public importance. He appears regularly in the employment tribunal and civil courts in employment cases, where he  has  experience  across the Tribunal’s statutory jurisdiction, including extensive experience of acting in large-scale discrimination and equal pay claims and industrial action cases. He also frequently advises on and acts in data protection and freedom of information cases.

Julian undertakes public and constitutional law work for local authorities, central government, NHS authorities, individuals, public interest groups and others. That work includes  general public law judicial review claims at all levels of Court up to the Supreme Court, including in particular judicial review claims connected with discrimination issues, information rights, surveillance, education, and high-value commercial judicial review cases. He also acts in regulatory cases (for example, concerning the health professions and the care of vulnerable adults). He has appeared on a number of occasions before the European Court of  Human  Rights. His recent and current work includes:

Julian regularly acts for both claimants and respondents in a wide range of employment tribunal disputes, where his clients include major national and international companies, banks, local authorities, police forces, unions, and healthcare providers. He has appeared before the High Court, the Employment Appeal Tribunal and the Court of Appeal on behalf of clients in employment cases. He has wide experience across the employment tribunal’s statutory jurisdiction and in High Court employment issues, including industrial action and business protection cases. His recent and current experience includes:

Julian has recently developed an education practice, with a particular focus upon the higher education sector. He acted successfully for Oxford University in the first full trial in the Courts of England and Wales of negligent teaching allegations at a higher education institution: Siddiqui v University of Oxford [2018] ELR 320 and [2018] 4 WLR 62. In addition:

“He’s highly responsive and a pleasure to deal with; he has an exceptional ability to distil highly complex issues and is extremely practical”

“He is extremely bright, has empathy for his clients and is willing to take on any challenge”

“He is a persuasive and effective advocate”

“He is meticulous and approachable.”

“Absolutely on top of his game and has a really good grasp on the detail of a case. Someone who absolutely delivers results.”

“He is really, really bright and extremely technically strong.”

“Extremely clever and thorough, and very impressive in writing.”

“He combines razor-sharp intellect with an ability to think practically and creatively.”

“Extremely knowledgeable and a good communicator who cuts to the chase and puts people at ease.”

“His advice is thoughtful, practical, accessible and really helpful.”

“A skilful opponent and masterful tactician.”

“Very meticulous in his approach and on a personal level he’s always approachable and never too busy for a quick word of advice.”

“He is very knowledgeable, hardworking and dedicated to achieving the best outcome.”

“A calm, courteous and effective barrister.”

“Utterly charming and clients love him. If you give him a seemingly impossible deadline, he comes up with the goods.”

“He’s very good on his feet, and has an excellent grasp of detail and a sharp intellect.”

“Julian is especially good at understanding sensitivities and concerns. He’s honest and forthright with issues and problems, and will lay the legal issues out, and explain the best option to go forward.”

“His manner in conference is beautiful. He’s approachable, articulate and very good at dealing with clients and understanding their perspectives.”

“An exceptional barrister, who is very bright and has excellent technical knowledge. He has a razor-sharp mind, and is able to unravel the most complex of factual and legal cases into concise and convincing submissions.”

“Julian is a very considered advocate. He strongly advocates for his client but he is not unnecessarily aggressive or combative, which is a real strength in my view in a public law barrister.”

“He has an exceptional mind as well as being extraordinarily good with all kinds of different clients.”

“He is meticulous and approachable.”

“He has detailed knowledge of the DPA, is hardworking, thorough and a good team player.”

“He is very efficient, a pleasure to work with and gives solid and clear advice.”

“He has good client skills and delivers meticulous advice.”

“A technical expert, who is strategic and client-friendly.”

“A strategic and technically expert advocate.”

“He is effective and charming.”

“He has an exceptional mind as well as being extraordinarily good with clients.”

“He is intellectually rigorous and works very well with clients, commanding their complete confidence.”

R (Motherhood Plan) v HM Treasury
[2021] EWHC 309 (Admin), QBD (Admin Ct), February 17 2021, [2021] ACD 47
Scheme to provide for payments for the self-employed who had lost income because of the coronavirus pandemic did not indirectly discriminate against self-employed women who had taken maternity or pregnancy leave

R(Adiatu) v (1) Her Majesty’s Treasury (2) SSWP
[2020] IRLR 658
The Coronavirus Job Retention Scheme was not discriminatory contrary to the ECHR or EU law, on the basis that it excluded “limb b” workers from its scope. The lower earnings limit within, and rate of, statutory sick pay were not discriminatory contrary to EU law against BAME workers in the context of the Covid-19 pandemic. The Government had not failed to comply with the public sector equality duty in respect of any of the matters challenged, and the PSED did not apply to primary legislation.

R(Delve) v Secretary of State for Work and Pensions
[2020] 1 CMLR 35 (Divisional Court), [2020] EWCA Civ 1199 (Court of Appeal), [2020] HRLR 20
Legislation which raised the state pension age for women born on or after 6 April 1950, with the aim of equalizing the state pension age between men and women, did not discriminate directly or indirectly against women, either on the ground of sex or age, or sex and age combined. Nor had women born in the 1950s received inadequate notice of the changes: they had no legitimate expectation that they would be given individual notice of the changes affecting them.

R(Palestine Solidarity Campaign) v Secretary of State for Communities and Local Government
[2020] UKSC 16, [2020] 1 WLR 1774; Times, May 11 2020
The Secretary of State’s guidance to local government pension scheme authorities, to the effect that they were not entitled to take into account non-financial factors in their investment decisions where this was contrary to UK foreign or defence policy, was contrary to the Padfield principle. Julian acted for the SoS in the Supreme Court, CoA and Administrative Court.

R(TP) v Secretary of State for Work and Pensions
[2020] EWCA Civ 37, The Times 3 April 2020
The transitional scheme for moving from legacy benefits to Universal Credit unlawfully discriminated in certain respects against persons moving from one local authority area to another, contrary to Article 1 Protocol 1 and Article 8 read with Art 14 ECHR.

British Airways v BALPA
[2020] IRLR 43 CoA
The High Court had been right to decline to grant an injunction preventing a pilots’ trade union from inducing strike action against British Airways, because the ballot notice had not breached TULRCA in respect of its categorization of pilots. Julian acted for British Airways.

R(Liberty) v (1) SSHD (2) SSFCO
[2020] 1 WLR 243
Liberty challenged a range of surveillance powers in the Investigatory Powers Act 2016 (“the Snooper’s Charter”) on the basis that they are inconsistent with EU law and Articles 8 and 10 ECHR. The challenge was listed by “The Lawyer” as one of the 20 most important cases of 2018. The Divisional Court determined parts of the EU law challenge in 2018 ([2019] QB 481), and gave judgment in HMG’s favour on Liberty’s Human Rights Act claim. Julian acts for HMG.

R(Harvey) v (1) Haringey LBC (2) SSCLG
[2019] Pens LR 3
This judicial review claim challenged rules in the Local Government Pension Scheme for survivors’ pensions, on the basis that they were contrary to Art 14 and A1P1 ECHR, because they applied to spouses and not cohabitees. Julian acted successfully for HMG.

R(Centre for Individual Rights in Europe) v Secretary of State for the Home Department and anr
[2019] 1 WLR 3002
The police were entitled under Operation Nexus to question suspects detained in police stations as to their immigration status, since they (i) had the same powers as any natural person to engage in non-coercive questioning; and (ii) in any case, assisting the Home Office on matters of immigration was within police functions. Julian acted for the Metropolitan Police Commissioner in the High Court and Court of Appeal.

Big Brother Watch and ors v UK
(ECtHR, November 2018)
These applications arose from allegations made by Edward Snowden about the activities of the UK Intelligence Services. They challenged (i) the regime for bulk interception of communications in the Regulatory Powers Act 2000 (ii) the regime for acquisition of communications data in Chapter 2 Part 1 RIPA and (iii) the regime for intelligence sharing between the UK and foreign states, on the basis that they were contrary to Arts 6, 8, 10 and 14 ECHR. The ECtHR (First Section) found that the regimes for bulk interception and acquisition breached Article 8 in certain specific respects, but the regime for intelligence sharing was compatible with the ECHR. The case has been referred to the Grand Chamber of the ECtHR. Julian acts for HMG.

Siddiqui v University of Oxford
[2018] ELR 320, [2018] 4 WLR 62
This was the first full trial of negligent teaching allegations against a higher education institution, brought by a former undergraduate who alleged that teaching on his history course was negligent. The claim was dismissed: the Court also gave guidance on qualified one-way costs shifting. Julian acted for the University.

Ittihadieh v 5-11 Cheyne Gardens RTM Co Ltd/Deer v University of Oxford
[2018] QB 256
Cases concerning the scope of the definition of “personal data” in s.1 DPA; who is a “data controller”; what constitutes a subject access request; whether the duty to comply with a SAR is limited to a duty to carry out a reasonable and proportionate search; the extent of the exemption from data protection duties for data processed for the purposes of personal, family or household affairs; and the extent of the court’s discretion to order a data controller to comply with a SAR. Julian acted for the Information Commissioner.

Evangelou v McNicol
[2016] EWCA Civ 817, Times 7 September 2016
The decision of the Labour Party’s NEC to restrict voting rights in the Labour Leadership election to those persons who had joined the party before 12 January 2016 was not in breach of the claimants’ contracts for membership of the party.

Govia Thameslink Railway Ltd v ASLEF
[2016] EWHC 1320 QBD, 2 June 2016; [2016] IRLR 686
Interim injunction granted to prevent union from inducing train drivers employed on Southern and Gatwick Express services from taking part in industrial action, where GTR was likely to succeed at trial in showing (i) there had been a prior call by the trade union to take part in industrial action to which the ballot related; and (ii) the ballot had been extended to workplaces ta which there was no union member directly affected by the dispute.

Govia Thameslink Railway Ltd v ASLEF
[2016] EWHC 985, QBD 22 April 2016
Interim injunction granted to prevent union from inducing train drivers employed on Gatwick Express from breaking their contracts by taking part in industrial action for which no ballot had been held.

Julian is a member of the Equality and Human Rights Commission’s A Panel of Counsel.

Julian read English Literature at St. John’s College, Oxford, and studied piano and piano accompaniment at the Curtis Institute of Music in Philadelphia and the Guildhall School of Music. He subsequently spent a number of years as a professional pianist, becoming one of Britain’s leading young chamber musicians.

Full name (as registered with Bar Standards Board of England and Wales): Julian Milford QC