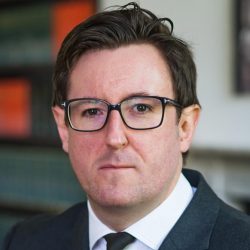 Joseph is a leading junior barrister in the fields of Public, EU and Commercial law.

In recent years he has regularly been instructed in a number of the most significant cases to come before the Courts. In the field of EU procurement litigation he is ranked as a Band 1 practitioner by all of the main legal directories and is widely regarded as the leading junior at the Bar.

Joseph has a broad public law practice. He has particular expertise in public law challenges to major public contracts and commercial ventures and decisions. In recent years he has acted in a number of the most significant public law cases to come before the Courts.

[2017] EWCA Civ 66
Acting successfully for the Secretary of State for Business, Innovation and Skills in the Court of Appeal, establishing that the UK’s trade union collective bargaining legislation does not breach Article 11 of the European Convention on Human Rights.

Attorney-General for the Prince of Wales v the IC and Mr Michael Bruton
[2016] UKUT 0154 (AAC)
Acting for Mr Bruton in the upper tribunal in a case concerning whether the Duchy of Cornwall/Duke of Cornwall (i.e. Prince Charles) is a public authority under EU environmental access to information law.

Hotak and others v London Borough of Southwark and another
[2015] UKSC 30
Acting successfully for the Secretary of State in a leading case on: (i) the scope of the s.189 Housing Act 1996 ‘priority need’ housing duty, and (ii) the public sector equality duty.

Joseph is ranked as a Band 1 practitioner by all of the main legal directories (Chambers & Partners, Legal 500 and Who’s Who Legal).

He is widely regarded as the leading junior at the Bar in the field of EU procurement litigation and challenges to public sector contracts.

He is regularly instructed in leading cases (frequently against KCs). He has acted in more than 100 High Court EU procurement cases and has experience of litigation under all of the principal EU procurement regimes, i.e. public contracts, utilities and defence and security. He also has experience of advising both economic operators and public authorities in connection with EU Commission complaints and investigations regarding alleged breaches of the EU procurement and State aid regimes.

Joseph also has a very extensive advisory practice spanning the full range of procurement law. In particular, he has extensive experience of advising on issues such as the application of procurement law to development agreements and other land related transactions, post-tender variations to significant public contracts, public-private partnerships and the structuring of legal transactions in a manner that is consistent with procurement law.

His notable recent cases in this field include:

Nuclear Decommissioning Authority (Appellant) v EnergySolutions EU Ltd (now called ATK Energy EU Ltd)
[2017] UKSC 34
Acting successfully for the Appellant, the NDA, in a landmark Supreme Court judgment establishing that damages in procurement claims are not awarded as of right, but should only be available if any breach of duty that is established is ‘sufficiently serious’ within the meaning of the EU law conditions for Member State liability (i.e. the well known Francovich/Factortame conditions).

Perinatal Institute v Healthcare Quality Improvement Partnership
[2016] EWHC 2626 (TCC)
Sole counsel for the successful Defendant, HQIP, in lifting an automatic suspension on the award of the contract for the rollout and delivery of a national perinatal mortality project across the NHS in England, Wales and Scotland.

“A fearless advocate, a tenacious fighter and a real star of the future.” Legal 500

“He likes a good fight and is a hard worker. He’s great at giving a clear steer in a case, and he never sits on the fence.” Chambers and Partners

Prior to joining the Bar, Joseph was an Associate at Linklaters LLP (working in their London, Hong Kong and Moscow offices).  While at Linklaters Joseph was recognised by the legal directories as a ‘star of the future’.

Full name (as registered with Bar Standards Board of England and Wales): Joseph Barrett