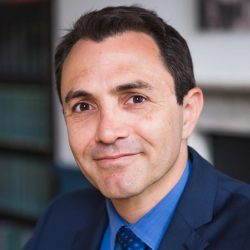 Jonathan is a highly experienced junior, practicing in the fields of public law / judicial review, local government, community care, education law, mental capacity and mental health law. He is recommended by the legal directories as a leading junior in four categories: administrative and public law, local government law, community care and education law. Jonathan is co-author of OUP’s highly-rated text on public law, ‘Judicial Review: Principles and Procedure’ (2013), as well as writing for the White Book, Phipson on Evidence, and Education and the Courts. Jonathan is on the Attorney General’s A-panel ​of advocates,  where he represents central government departments and agencies in complex and high profile judicial review and human rights cases.

Jonathan is a leading senior junior in the field of public / administrative law and local government law. He is highly ranked in legal directories across four areas of public law and local government work. Chambers and Partners described him in this field as a “top pick”, “fantastic knowledge of public law”, “offers pragmatic, client-friendly advice”, “completely committed to the cause … robust”, “enjoys an excellent profile in the market. His understanding of the issues facing local authorities is first-rate”, “He provides solid answers that are straight to the point”, “He is a very strong advocate with an effective, quietly persuasive manner”, “extensive knowledge of local government matters”.

Jonathan is currently advising on a number of local authority governance matters, including:

He has undertaken a number of complex investigations on behalf of public bodies and employers, including local authority independent person investigations. He recently conducted the following investigations:

Jonathan advises and represents in local government election disputes and litigation. He has recently advised on an allegation of misleading statements in electoral material, the practical application of the Purdah convention, and advising a Monitoring Officer as to the appropriate approach where the propriety of the notice of a meeting was contested, and that meeting changed the balance of the Council.

Jonathan is one of the leading juniors in this field at the Bar, listed by Chambers & Partners in the top tier of counsel for community care law every year since that directory’s creation of a listing in this field. Chambers & Partners describe him as “a real star junior … excellent and knows stacks about community care … he knows the field inside out, and has the extra advantage of experience acting for both claimants and local authorities”, “he remains a go-to for both local authorities and claimants”, “a force to be reckoned with”, “covers all the bases, and if he raises a point, you need to look into it”.

Jonathan is currently acting in the following areas:

Jonathan has an extensive practice in the related fields of mental capacity and healthcare law. He regularly acts for local authorities, health authorities and individuals in the Court of Protection, High Court, County Court (displacement proceedings) and MHRT. Recently Jonathan acted in AP v Tameside MBC [2017] EWHC 65 (QB), (2017) 20 CCL Rep 5, now the leading case on the limitation period for bringing human rights claims brought by mentally incapacitated claimants. Jonathan acted in the important case on the relationship between the Mental Capacity Act 2005 and the Mental Health Act 1983, J v Foundation Trust and others, the recent test case proceedings concerning the procure for court authorisation of deprivations of liberty, and has acted in a wide variety of mental health and capacity cases, covering issues such as capacity to marry and enter into sexual relations, capacity to litigate, cross-border capacity cases, urgent medical treatment cases, mental health habeas corpus cases, and many other areas.

Listed by both Chambers & Partners and The Legal 500 as a leading junior in the field, Jonathan represents and advises both claimants and defendants (local authorities, Academies and independent schools) in the full range of education matters. Chambers and Partners describes his work in education law as “very effective and he never sits on the fence”, and that he “displays a great practical sense of where the case is going and how to dispose of it. He picks out the commercially significant points and shows great brevity in both his drafting and his submissions to the court”.

Recent reported education cases Jonathan has been involved in include:

Jonathan frequently represents academies, school, local authorities and individuals in SEN cases before the FTT, both in appeals against Statements and judicial review challenges. In SEN appeals he has particular experience in –

Jonathan also regularly advises and represents in cases involving the independent sector. He has appeared in most of the leading cases involving independent schools, including Gray v Marlborough College (the leading case on disciplinary exclusions) and T v Hall Schools (the widely reported “pushy parents” case, concerning the ability of an independent school to terminate placements due to parental behaviour). He is currently defending a claim by parents alleging failure to protect their child from bullying by peers, and a separate claim alleging breach of consumer rights.

Jonathan is a contributor to McManus, Education and the Courts (Jordans, 2013).

He has wide experience of representing universities and colleges and is currently acting in the following -:

Jonathan regularly advises and represents employers, particularly public bodies and third sector organisations, in employment and disciplinary matters. He advises on the full range of employment law issues, including whistleblowing, discrimination of all kinds, pay issues, disciplinary and grievance procedures, and contract issues.

Jonathan has also conducted investigations for employers and public bodies, including acting as independent grievance or disciplinary officer for particularly important or sensitive investigations.

The 2016 edition of Chambers and Partners describes him as 2016: “a real star junior … excellent”.

Jonathan is experienced in advocacy before a number of different disciplinary tribunals, and in acting in regulatory matters, particularly those relating to the teaching, social care and medical professions.

He has contributed to the most recent edition of Harris on Disciplinary and Regulatory Proceedings, as well as co-authoring a text on public law: ‘Judicial Review: Principles and Procedure’.

“The depth of knowledge and understanding in his various specialist areas of law is impressive. Jonathan fights tenaciously and fairly, and supports clients with practical and robust advice.” Chambers and Partners

“His depth of knowledge and understanding of the law is very impressive, and he fights tenaciously and fairly. He is very supportive with clients and provides practical and robust advice.” Chambers and Partners

“He is very clear and strong on the law.” Chambers and Partners

“He is bright, personable and very client-friendly.” Chambers and Partners

“He is very experienced, very balanced and a good person to deal with in complex and upsetting cases.” Chambers and Partners

“He has very good judgement.” Chambers and Partners

“Extremely knowledgeable and approachable, and a barrister with good client care skills and a thorough grasp of the law. He inspires confidence”, “Very efficient, he’s extremely quick with the papers and machine-like in turning things around quickly”, “He has very good knowledge of community care and is a force to be reckoned with”, “He covers all the bases, and if he raises a point, you need to look into it”, also “He has a fantastic knowledge of public law”, “Offers pragmatic, client-friendly advice”, “Very approachable and flexible in the way that he works and has a very good understanding of clients’ needs” Chambers and Partners

“He gives very good, practical advice that’s easy to understand”, “Clients like his practical attitude, his approachability and his flexibility”, “Good on his feet, he knows the field inside out, and has the extra advantage of experience acting for both claimants and local authorities”, “a model junior”, “very competent and on top of the material” Chambers and Partners

“a very efficient and very erudite, no-nonsense barrister. He’s very good with clients and has a real depth of knowledge”, “He is excellent on his feet … He is always available when the client wants to speak to him”, “He will push his points robustly, and will get results for his client”, “an excellent advocate and a good man to have in your corner”, “Very good at getting on top of complex cases, his key strength lies in his brilliant and assured cross-examination technique, which has achieved fantastic results” Chambers and Partners

“very good, handles a lot of major work”, “very analytical brain”, “Top pick” “completely committed to the cause and bursting with energy”, robust”, “a powerful advocate who demonstrates a phenomenally detailed understanding of the law”, “whatever he undertakes, he does a very fine job” “enjoys an excellent profile in the market. His understanding of the issues facing local authorities is first-rate and he perpetually offers sensible, user-friendly advice” Chambers and Partners

Nottinghamshire County Council v The Estate of Belton and another
[2017] EW Misc 27, (2018) 21 CCLR 287
Leading case on the limitation period for care home fee recovery claims under the Care Act

Full name (as registered with Bar Standards Board of England and Wales): Jonathan Auburn