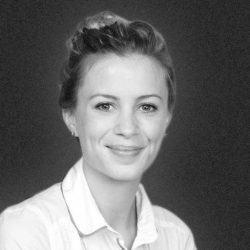 Hannah’s practice covers the full ambit of media and information law, including data protection. Recognised as a “rising star” in the field, recent highlights include:

Hannah has a particular interest in dealing with online issues and experience in representing prominent internet and technology clients, including Google UK Ltd, AOL (UK) Ltd,Twitter Inc. and TripAdvisor Ltd.

In 2012, she was awarded a Pegasus Scholarship to work at the New York offices of Levine Sullivan Koch & Schulz LLP, where she gained both a broad grounding in American media law and experience in advising on cross-jurisdictional issues. Having previously worked for a leading communications agency, Hannah also boasts expertise in reputation management and litigation strategy.

“Fiercely bright, very much liked by clients and very good on paper, and she has very good judgement.” Chambers & Partners 2020 (Data Protection)

“She has a very clear approach, and there’s no messing around.” Chambers & Partners 2020 (Data Protection)

“Provides excellent advice in conference and on paper.” Chambers & Partners 2020 (Defamation and Privacy)

“She always brings fresh thinking and a new approach to the discussion.” The Legal 500 2019 (Data Protection)

Junior barrister with an active and well-regarded defamation and privacy-focused practice. She has acted for a range of national media organisations, charities and multinational corporations. “Bright, hard-working, focused and very easy to work with.” Chambers and Partners 2019 (Defamation/Privacy)

An expert in privacy, defamation and information law, who has an impressive track record of working for high-profile clients, including well-known online entities and media organisations. She also contributes to key texts on the subject of defamation and contempt, and has a further interest in the media laws of the USA. “She’s very measured, calm, and authoritative beyond her years.” “She gets on top of the legal issues immediately, and she’s extremely pleasant to work with.” Chambers and Partners 2019 (Data Protection)

“Has a good eye for detail. Gets stuck into difficult matters and is incredibly bright.” The Legal 500 2018 (Defamation and Privacy)

“She has such a depth of expertise in the data protection area that she is able to comprehensively advise on the spot.” The Legal 500 2018 (Data Protection)

“She’s bright, hard-working, focused and very easy to work with.” Chambers and Partners 2018

“Up-and-coming barrister who is quickly establishing a reputation as a leading junior at the Defamation Bar.” “She’s an exceptional junior; she’s good at drafting, responsive and hard-working.” “She is very impressive and gives excellent advice in conference and on paper. A rising star.” Chambers and Partners 2017

“Popular junior whose impressive and diverse practice has developed far beyond the expected level for her year of call.” “She’s great; fantastic and willing to roll her sleeves up. She’s very clever, but approachable and user-friendly.” “She’s very bright and gives good commercial advice.” Chambers and Partners 2016

“Has quickly become a rising star in the sector since her 2010 call, and has built up a substantial client base. Peers predict she will be a market-leading barrister in the future.” “She’s marvelous...” Chambers and Partners 2015

“She is excellent, efficient and supremely bright.” Legal 500 2017 (Defamation and Privacy)

“She is very bright and has excellent judgement.” Legal 500 2017 (Data Protection)

“There is a confidence and maturity to her advice that is beyond her year of call.” Legal 500 2016

Christopher Chandler v Various Parties (ongoing) – in the last year, Hannah has acted for prominent businessman Mr Chandler in relation to several matters, including a successful libel action brought against ‘Another Europe Is Possible’, a pro-European Union campaign group.

Paul Lunt v Times Newspapers Limited (2018) – for solicitor Mr Lunt, led by Manuel Barca QC, in a libel action successfully brought in relation to an article published in the Times Newspaper which wrongly identified Mr Lunt as the subject of a serious allegation of criminality.

Lachaux v AOL (UK) Ltd [2017] EWCA Civ 1334 – for AOL, led by Manuel Barca QC and, in the Court of Appeal, by Andrew Caldecott QC, in the first-of-its-kind trial of the preliminary issue of serious harm under section 1 of the Defamation Act 2013. The Court of Appeal handed down its seminal judgment in September 2017.

Melvyn Cartwright v Dai Havard MP (2014) – for Member of Parliament, Mr Havard, in a successful application to strike out a defamation claim in the High Court in Cardiff.

Hank Roberts v Times Newspapers Ltd (2013) – for Mr Roberts, the president of the Association of Teachers and Lecturers, in an action against the Sunday Times.

Skylet Andrew v Laurence Bassini (2013) – for Mr Bassini, the ex-Watford Football Club chairman, in an action over an article published in the Watford Observer.

Bento v The Chief Constable of Bedfordshire Police [2012] EWHC 1525 – for the defendant police force (with Catrin Evans QC and Richard Rampton QC) in a libel action concerning a murder conviction and later acquittal.

A prominent international bank (2018) – provided advice in relation to matters concerning The General Data Protection Regulation shortly after it came into force.

PNM v Times Newspapers Ltd & Others [2017] UKSC 49 – for the claimant since 2013, led by Manuel Barca QC, in an application for an interim non-disclosure order preventing the identity of PNM as an arrestee from being disclosed by The Times newspaper. The case gave rise to a landmark privacy decision of the Supreme Court.

Daley v Griffiths (2017) – instructed in relation to a complaint by the Olympic diver Tom Daley concerning the destruction of images and video footage obtained via private communications (led by Manuel Barca QC).

Rupert Bonham-Smith v Google UK Ltd (2016) – for Google UK in a successful application to strike out a claim brought on ‘right to be forgotten’ grounds.

Henry Herbert Ltd v Google (UK) Ltd (2016) – instructed by Google UK in relation to an allegedly defamatory review of the Claimant’s business posted on the ‘Google My Business’ platform.

Secondment to the BBC in order to provide data protection advice (2015) – this followed the alleged disclosure of information by a researcher who had worked for an independent production team in relation to a BBC Panorama investigation into Lutfur Rahman, the Mayor of Tower Hamlets, London.

Todd v BBC (2014) – for the BBC in relation to an application to disclose information concerning an individual said to have posted a defamatory comment on the BBC News website.

WSTWD Ltd v Torn Pictures Limited (2016) – for the Defendant production company in relation to an intellectual property dispute concerning a film about the well-known Kray brothers.

The Hillsborough inquests (2014) – assisted the BBC Litigation Department in relation to the release of footage for use at the inquests.

The Pollard review into sexual allegations against Jimmy Savile (2013) – instructed as junior counsel by the BBC Litigation Department and the BBC Trust in order to advise on the release to the general public of those documents underlying the Pollard report.

The Leveson inquiry into the culture, practices and ethics of the British press (2012) – drafted legal submissions on behalf of Associated Newspapers Ltd, Guardian News & Media Ltd and the Telegraph Media Group Ltd.

Full name (as registered with Bar Standards Board of England and Wales): Hannah Ready