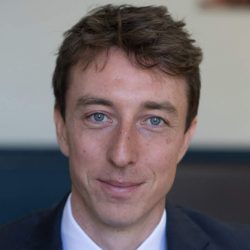 Ben is a member of the Equality and Human Rights Commission’s panel of counsel.

Ben practises across the spectrum of public law and human rights, especially in cases raising equality, education and environmental issues.

Ben regularly advises public bodies, institutions and individuals on issues of public law and human rights and appears, both led and unled, in judicial review proceedings before the High Court.

Recent and ongoing matters include:

Ben has particular interest in strategic litigation and public interest law in the fields of equality, education and environmental protection. This builds upon his research before coming to the Bar, which addressed the use of law and litigation by NGOs and community groups.

Ben also has significant experience of acting for the Information Commissioner’s Office before the Tribunals in cases applying the Environmental Information Regulations. Recent cases of note include:

Ben has acted for a large number of universities in cases involving allegations of discrimination and breach of academic regulations by students in the County Court and High Court.

Ben has significant experience of appearing in special education needs (SEN) cases before the First-tier Tribunal (SENDIST) and exclusion cases before Independent Review Panels. Ben volunteers as a barrister mentor with the School Exclusion Project.

Ben also has a strong advisory practice, having advised a number of universities, school, local authorities and individuals on education law issues, including:

During pupillage, Ben assisted Julian Milford when he successfully defended Oxford University in the High Court case, Siddiqui v University of Oxford [2018] EWHC 184. This was the first domestic case alleging negligent teaching at a university to be considered at full trial.

Building on his time working in academia, Ben has provided training in the law relating to SEN to clients.

Ben represents employees and employers in all areas of employment law. Ben has particular expertise in cases of discrimination, harassment, victimisation and other causes of action under the Equality Act 2010.

Ben also has experience of advising and appearing in cases concerning complex issues in employment law, including questions of:

Ben also volunteers with the Free Representation Unit, representing employees in the Employment Tribunal on a pro bono basis.

Ben is regularly instructed in matters under the Data Protection Act, GDPR, PECR and the Freedom of Information Act.

Ben often appears for the Information Commissioner (ICO) including in matters relating to:

Recent cases of note include:

Ben also often acts for companies, employers and other data controllers defending damages claims relating to Subject Access Requests. Ben regularly advises on tactical steps to minimise the costs and inconvenience to businesses and organisations caused by these claims.

Ben has considerable experience of the application of the procurement and state aid rules.

Ben has been instructed in a number of procurement matters by economic operators and contracting authorities, including:

Full name (as registered with Bar Standards Board of England and Wales): Ben Mitchell