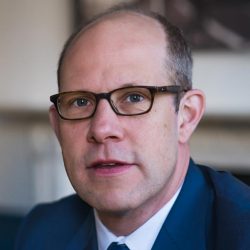 Andrew has a broad public law practice with a particular emphasis on the fields of human rights, education, health and community care law, local government, planning and environmental law, professional discipline and regulatory law. He also regularly acts in information law, public procurement and employment matters. Andrew acts for individuals, charities, companies NGOs, central and local government bodies and foreign governments in domestic and European courts. Until he took Silk in 2018, Andrew was a long-standing member of the Attorney General’s A panel of junior counsel, representing government bodies on some of their most important and difficult cases.

Andrew is a co-author of the leading practitioners’ textbook, Judicial Review: Principles and Procedure (OUP, 2013)

Andrew is registered under the public access scheme and in appropriate cases he is able to accept instructions directly from individuals and organisations.

Andrew is acknowledged as an expert in public law, and he has extensive experience in litigating claims for judicial review. He is ranked as a leader in public law by both Chambers & Partners and The Legal 500. Andrew acts for central and local government, other public sector bodies, and individuals, and he regularly appears in the Administrative Court, the Court of Appeal and the Supreme Court. Andrew has particular expertise in claims for judicial review and statutory appeals in the fields of human rights, local government law, education law, health and community care law, environmental and planning law and regulatory law. Andrew’s expertise in judicial review is underpinned by the fact that he is a co-author of the leading practitioners’ textbook on the subject, Judicial Review: Principles and Procedure (OUP, 2013).

R (EU Lotto) v Secretary of State for Digital, Media and Sport
[2019] EWHC 3111 (Admin, [2019] 1 CMLR 41; [2019] LLR 104
Judicial review sought of Secretary of State’s decision to lay before Parliament regulations which extended the prohibition of gambling on the outcome of the National Lottery.

TW Logistics Ltd v Essex County Council
[2018] EWCA Civ 2172, [2018] 3 WLR 1926
The court upheld a High Court finding that an area of land on a working quayside had been properly registered as a town or village green.

R (Hussain) v Secretary of State for Justice
[2016] EWCA Civ 1111
The interrelationship between the Data Protection Act 1998 and judicial review.

Challenge to the legality of the Jobseekers Allowance (Schemes for Assisting Persons to Obtain Employment) Regulations 2013.

Andrew has a very diverse community care practice relating to both adults and children. A number of his cases raise complex human rights and immigration issues. He regularly works for claimants and local authorities and central government. Andrew has been instructed by local authorities and the police to carry out safeguarding reviews. He also acts in cases concerning the overlap between the Administrative Court and the Court of Protection.

R (Care England v Essex Council Council)
Challenge to the Council’s decision as to the rates that it will pay care homes to look after adults for whom it is responsible. This is the first Care Home Fees challenge under the Care Act 2014.

R (Q) v Leicestershire County Council
[2016] EWHC 2087
Challenge to Council’s age assessment of asylum seeking young person. This case raised important issues about which local authority was responsible for a young person if they move areas after an age assessment has been completed.

Operation Falcon
Instructed by the Essex Police and Crime Commissioner carry out an extensive investigation and produce a report relating to the safeguarding issues arising from a case involving a sexual assault by a teenager on a young child and Essex Police’s subsequent failure properly to investigate the matter.

Listed in both Chambers & Partners and the Legal 500 as a leading junior in the field, Andrew acts for local authorities, schools, further and higher education institutions and individuals. Andrew has a very broad education law practice including admissions, exclusions, special educational needs, academies, employment and contract. He has recently been involved in a number of disciplinary and regulatory education matters.

R (Essex County Council) v Secretary of State for Education
[2016] EWHC 1724 (Admin)
Challenge to the Secretary of State for Education’s decision to cut funding to Sure Start Capital Funding in Essex. Challenge on basis that the decision was contrary to a substantive legitimate expectation, irrational, in breach of the consultation requirements and contrary to s 149 Equality Act 2010.

Zebaida v Secretary of State for Education
[2016] PTSR 1490
Claim brought by a famous pianist challenging a life-long ban from teaching.

Acting for a parent challenging a refusal to admit their child to a grammar school.

Andrew has an extensive data protection and information law practice. He regularly acts for public authorities (including both central and local government), individuals and companies including, in particular, media organisations such as the Times Newspapers. He is a member of the Attorney General’s A panel of counsel and his freedom of information panel. Legal 500, stated that “His knowledge of privacy and data protection law is outstanding” and that “He displays a mastery of freedom of information cases” 2017. Andrew contributed to Information Rights (P Coppel QC, editor), the leading information law textbook.

Andrew has a broad human rights practice. He regularly acts for, individuals, public authorities and NGOs both in domestic courts and before the European Court of Human Rights in Strasbourg. He is currently instructed on behalf of the UK Government in 6 cases pending before the European Court of Human Rights and has previously acted for Liberty in Appleby and Others v United Kingdom, the leading case on positive obligations under Article 10 ECHR.

Andrew has appeared in a number of recent important human rights cases including R (Plantagenet Alliance) v Sec of State and others concerning the appropriate resting place of the recently discovered remains of Richard III. This case involved a novel Article 8 ECHR (private life argument) He also acted for the Times Newspapers before a seven judge Supreme Court in Kennedy v Charity Commission, a landmark case that concerned the interaction between the Freedom of Information Act 2000, the Human Rights Act 1998 and common law rights (this case is currently pending before the European Court of Human rights)

Successful challenge to the Legal Aid Agency’s Criminal Legal Aid procurement.
Acted in this (and several other) challenges to decisions made by the Lord Chancellor in relation to the Duty Provider Crime Contracts.  The challenges were brought pursuant to the Public Contracts Regulations 2006.  Instructed by Bindmans and various criminal legal aid firms directly.

R (Bassett Law BC) v Department for Local Government and Communities
Successful challenge to the Secretary of State’s decision to claw back £80,000 for a Works contract on the grounds that the Council had acted contrary to the EU Public Procurement Directive.

Countryside Properties v London Borough of Waltham Forest
£30 million challenge to the Council’s decision to award a contract for the regeneration works of a large estate. Case settled.

Andrew regularly acts for regulators and individuals both in disciplinary tribunals and in domestic courts challenging such tribunal’s decisions. He had particular experience in the accountancy, healthcare and education sector. He has acted for the Institute of Chartered Accountants for England and Wales for over a decade advising them on their disciplinary arrangements and acting in disciplinary matters.

Institute of Charted Accountants for England and Wales
Review of their disciplinary and regulatory processes.

Andrew is currently acted on behalf of the Department for Education in a number of disputes concerning banning staff implicated in the Trojan Horse scandal in Birmingham from the management of schools.

Andrew regularly advises and represents employers, particularly public bodies and third sector organisations, in employment and disciplinary matters. He has particular expertise in the higher education sector. He advises on the full range of employment law issues, including whistleblowing, discrimination of all kinds, pay issues, disciplinary and grievance procedures, and contract issues.

Andrew has also conducted investigations for employers and public bodies, including acting as independent grievance or disciplinary officer and has also chaired appeal proceedings.

Andrew is ranked by Chambers & Partners and Legal 500 as a leading junior in public and administrative law, local government law, education law, community care law, and information and data protection.

“He is very down-to-earth, bright and incisive. He gives comprehensive and pragmatic advice…” Chambers and Partners

‘An excellent lawyer and a pleasant opponent’ Legal 500

“He has a very personable manner and is also very responsive. Underneath his mild exterior lies a tenacious advocate…” Chambers and Partners

“He is fearless and his advocacy is punchy” Chambers and Partners

“Fantastic, very thorough and able to focus people’s minds on what is required” Chambers and Partners

Andrew graduated with a first in law from Queen Mary and Westfield College, University of London. He obtained an LLM from the College of William and Mary, Virginia and the BCL from Worcester College, Oxford.

Andrew was a visiting fellow of constitutional law at Brunel University. He recently acted as a guest lecturer on the Public Procurement LLM at Nottingham University. He was also a Pegasus Scholar at the European Court of Human Rights in Strasbourg.

Full name (as registered with Bar Standards Board of England and Wales): Andrew Sharland QC