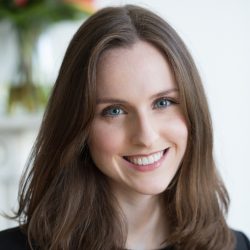 Jen has a broad practice, extending from employment and data protection litigation, to procurement and regulatory challenges. As sole counsel, she has appeared in the Court of Appeal, High Court, County Court, and the Employment and Information Rights Tribunals.

Jen is ranked by the directories as a ‘Rising Star’ in Administrative and Public Law and Local Government Law (in Legal 500) and ‘Up and Coming’ in Employment Law (in Chambers and Partners). She is a member of the Attorney General’s C Panel of Treasury Counsel.

Some of Jen’s live and recent cases include:

Jen practises the full spectrum of employment law in the Tribunal and High Court. She regularly acts for both claimants and respondents.

Jen is junior counsel for the claimants in the equal pay dispute in Various Claimant v Tesco Stores Ltd (led by Sean Jones KC and Andrew Blake), one of the high-profile claims which will shape the future industrial structure of the supermarket sector in the UK.

As sole counsel, Jen has substantial experience of handling cases which relate to breach of fiduciary duties, complex allegations of whistleblowing, all heads of discrimination under the Equality Act 2010, breach of contract, holiday pay, and unfair dismissal.

Jen has a fast-developing practice in public procurement. Her recent work includes:

Jen advises and acts for both claimants and respondents in a wide range of regulatory and public law challenges. She is particularly interested in the intersection of public and commercial law, and how public law can be utilised to work for businesses which face potentially adverse regulatory decisions.

Alongside her contentious practice, Jen is currently led by Clive Sheldon KC in the high-profile Review into non-recent child sexual abuse allegations in football for the Football Association.

Jen has experience advising and acting for clients in litigation spanning chambers’ diverse commercial disputes work – from business protection to fraud. She has appeared in both the High Court and County Court. She is particularly well placed to assist with commercial matters involving elements of public or employment law, but her practice extends well beyond this.

Jen has experience in all areas of chambers’ data protection and information work. She regularly acts for the Information Commissioner, and utilises her perspective gained from this work to assist her private-sector clients.

Jen’s investigations practice is grounded in her expertise in employment and regulatory law.

Led by Charles Bourne KC, Jen recently completed two separate large-scale internal investigations for an employer. One concerned allegations of discrimination in a restructure of a department. The other concerned ten allegations against multiple individuals of misfeasance, discrimination and failures to follow policy in recruitment decisions and governance of whistleblowing complaints.

Jen is also one of a small team the barristers appointed by the Football Association (led by Clive Sheldon KC) in the high-profile Independent Review into non-recent child sexual abuse allegations in football. The Review is investigating what the FA and football clubs knew and did about allegations of child abuse between 1970 and 2005.

“She is very calm and she is very determined” Chambers & Partners

“Great to work with. Excellent attention to the detail. Extremely bright. Pragmatic and sensible” Legal 500

“She grasps complex matters very quickly, is exceptionally bright and a pleasure to work with” Chambers & Partners

Jen is a former Grand Finalist of the World University Debating Championship 2012, for the Oxford Union Debating Society.

Prior to becoming a barrister, Jen worked with international NGOs in Delhi, Berlin and London, as well in diversity outreach at the London School of Economics and Political Science.

Whilst training for the Bar, Jen acted as an appeal advocate for excluded school students, through the Communities Empowerment Network. She is now a mentor on 11KBW’s School Exclusion Project.

2016, BPTC, BPP University, as a Bedingfield Scholar for The Honourable Society of Gray’s Inn

2015, GDL, Kaplan Law School, as a Karmel Scholar for The Honourable Society of Gray’s Inn

Full name (as registered with Bar Standards Board of England and Wales): Jen Coyne