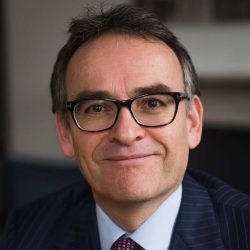 Clive is a Leading Silk in the fields of Administrative & Public Law, Employment Law, Education Law and Local Government Law, with particular expertise on the cross-over between employment law and public law. Clive is regularly instructed in very high profile matters for government departments, local authorities as well as individuals and corporations. He appears often in the Supreme Court and Court of Appeal.

Clive has recently completed the Independent Review into Child Sexual Abuse in Football: 1970-2005 for the Football Association (“the Sheldon Report”).

Clive is recognised by Chambers and Partners as a Band 1 Silk in Education law. He advises and represents students, schools, local authorities and universities in a wide range of education matters. Most recently, Clive represented John Platt in the Supreme Court case concerning term-time holidays.

Crane v. DEFRA
Represented a government department in a variations of contracts dispute: does continuation of working without raising objections following a variation to their employment contracts give rise to an inference that they had accepted the variation

Windle v. Secretary of State for Justice
Represented government department in employment tribunal, EAT and Court of Appeal in test case challenge by foreign language interpreters in the court system: were they ‘employees’ for discrimination purposes

Health and Community Care:
Clive has particular expertise in health authority reorganisation matters, and ordinary residence and funding disputes for community care. Clive is currently acting for the Secretary of State for Health in Forge Care, the Supreme Court case concerning the allocation of responsibility between health and local authority for work carried out in nursing homes.

R(Justice for Health) v. Secretary of State for Health
Represented the government in the ‘junior doctors’ litigation

Clive regularly advises and represents parties in a wide range of human rights matters. Clive appeared recently in the Supreme Court on behalf of the Department for Communities and Local Government in a case concerning Article 6 in the homelessness sphere.

Examples of Clive’s work include

R (SG) v Secretary of State for Work and Pensions
Represented the Government in the Court of Appeal and the Supreme Court in the ‘benefit cap’ challenge: Article 1 Protocol 1, read with Article 14

R (Birks) v Commissioner of Police of the Metropolis
Represented the Commissioner in challenge to decision preventing a police constable from retiring so as to take up his vocation as a priest, as police constable was subject to disciplinary investigation for a death in custody: clash between Article 2 and Article 8.

Clive is a CEDR trained mediator. He conducts commercial and public law mediations.

Clive advises and represents a broad range of regulators in professional disciplinary matters.

Recent cases have included defending judicial review proceedings against the General Dental Council, the Bar Standards Board, and the Chief Constable of Wiltshire.

Clive is well known for his public law work, advising and representing both claimants and respondents. Clive regularly appears in the Court of Appeal and Supreme Court in public law matters, including the leading case on consultation: Moseley v. LB Haringey.

Poshteh v Kensington and Chelsea Royal LBC
[2017] UKSC 36; SC, May 10 2017; [2017] 2 WLR 1417
Determination of application for accommodation as homeless person – Whether applicant entitled on review to article 6 procedural protections.
CS and TC appeared for the Secretary of State for Communities and Local Government, intervening.

R(Justice for Health) v. Secretary of State for Health
Represented the government in the ‘junior doctors’ litigation

R (Sumpter) v Secretary of State for Work and Pensions Represented the government in the Administrative Court and the Court of Appeal in a challenge to the consultation process for the introduction of the PIP (Personal Independent Payment) scheme, in place of Disability Living Allowance

(Logan) v Havering LBC
Represented the local authority in defence of its Council tax support scheme: scheme was not discriminatory on grounds of age or disability.

R (Commissioner of Police of the Metropolis) v Independent Police Complaints Commission
Represented the Commissioner in the Administrative Court and the Court of Appeal in a challenge to a decision of the IPCC to reopen disciplinary action against a police officer: was the IPCC’s decision irrevocable/‘functus officio’.

“He’s tenacious, quick and sharp on his feet.” Chambers and Partners 2022

“An excellent advocate who is very clear, measured and reasonable.” Chambers and Partners 2022

“A master of his profession.” Chambers and Partners 2022

“Superb advocate, able to get to the core issues very quickly and gives clients the advice they need to hear” Legal 500

“Adaptable and hardworking, he is now firmly established as a leading silk with the ability and experience to take on the most technically complex case.” Legal 500

“Clive is very tenacious with a particularly assertive and effective style of advocacy.” Legal 500

“Clive is a very clever barrister who is able to explain difficult legal concepts in a simple way.” Chambers and Partners

“A highly effective silk and a powerful but very pleasant opponent.” Legal 500

“Robust and persuasive in both oral and written submissions. Very collegiate approach and good with the client.” Chambers and Partners

“His written opinions are very clear, he has a very good brain cutting through to what the points are and he provides very clear advice and guidance. He is a very clever man.” Chambers and Partners

“He’s got a brilliant legal mind, and takes a very practical approach to how problems can be addressed. The way in which he presents his arguments to the court is absolutely fantastic.” Chambers and Partners

“Clive is brilliant. He’s a heavy hitter, he cuts through the detail and gives practical advice. He is very intelligent and is measured in his approach.” Chambers and Partners

“He is an excellent problem solver who shows good judgement in complex and sensitive matters.” Chambers and Partners

“He is reliable and clear, and displays authoritative intelligence” Legal 500

“He is great on detail and is a very cerebral, academic lawyer.” Chambers and Partners

“He sees the bigger picture from the client’s point of view.” Legal 500

“A go-to counsel for anything complicated and urgent.” Legal 500

“Very approachable and down to earth. Great at explaining tricky legal situations simply to lay clients, he inspires confidence and makes people feel looked after.” Chambers and Partners

“He is extremely good in employment law cases with a public law or education dimension, and he gives very practical, succinct advice.” Chambers and Partners

“Amazingly astute and prepared to give difficult advice.” Chambers and Partners

“He really gives matters a huge amount of consideration and thinks about new angles in a case.” Chambers and Partners

“His advice is invariably clear and comprehensive. Friendly, helpful and easy to work with.” Chambers and Partners

Eckland v Chief Constable of Avon and Somerset
[2021] EWCA Civ 1961, CA, January 7 2022, Times, February 14 2022
A police officer was entitled to bring a disability discrimination claim against his chief constable, who was liable for the acts and omissions of an independent misconduct panel which she had appointed.

R (MacKenzie) v Chancellor, Masters and Scholars of the University of Cambridge
[2019] EWCA Civ 1060 CA, July 22 2019 [2019] 4 All ER 289
The only remedy for an employer’s failure to comply with an order for re-engagement was a liability on the employer to pay an additional award under the Employment Rights Act 1996 s.117. The re-engagement order did not create an enforceable obligation on the employer to actually re-engage the employee.

R (DA) v Secretary of State for Work and Pensions
[2019] UKSC 21 15 May 2019 [2019] 1 W.L.R. 3289
Benefit cap regime did not discriminate against lone parents contrary to the European Convention on Human Rights.
Clive represented the Secretary of State in the Supreme Court.

Poshteh v Kensington and Chelsea Royal LBC
[2017] UKSC 36; SC, May 10 2017; [2017] 2 WLR 1417
Determination of application for accommodation as homeless person – Whether applicant entitled on review to article 6 procedural protections.
CS and TC appeared for the Secretary of State for Communities and Local Government, intervening.

Isle of Wight Council v Platt
[2017] UKSC 28 6 Apr 2017 [2017] 1 W.L.R. 1441
A father who took his child on holiday during term-time without the school’s permission had been properly issued with a penalty notice, despite the child’s history of regular school attendance. The phrase “fails to attend regularly” in the Education Act 1996 s.444(1) referred to a pupil’s failure to attend school “in accordance with the rules prescribed by the school”.
Clive represented the father, John Platt, in the Supreme Court

(P) v General Dental Council
[2017] 4 W.L.R. 14
Was the legislative provision enabling a dentist to seek a review of a decision to issue a warning retrospective?

(Humphreys) v Parking and Traffic Appeals Service
[2017] EWCA Civ 24
Could a local authority issue a penalty charge notice to a motorcyclist who left his vehicle in a parking bay which was not suspended at the time when he initially parked it?

Evangelou v McNicol
[2016] EWCA Civ 817; Times, September 7, 2016
Was it a breach of contract for the National Executive Committee of the Labour Party to prevent new members from voting in the leadership election in the summer of 2016?

(SG) v Secretary of State for the Home Department
[2016] EWHC 2639 (Admin); [2016] A.C.D. 133
Was the level of asylum support provided by the government contrary to its obligations under EU law, human rights law, and domestic law?

Before joining 11KBW, Clive practised for two years as an attorney with a leading Wall Street firm, where he specialised in commercial litigation. Clive continues to be a (non-practising) member of the New York State Bar.

Clive served for three years as a member of the Professional Complaints Committee of the Bar Standards Board.

Full name (as registered with Bar Standards Board of England and Wales): Clive Sheldon KC