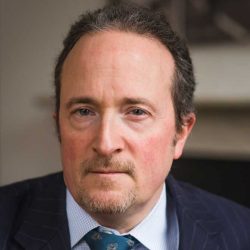 Charles is a leading silk with extensive experience in public law, local government and employment law. He is also a CEDR-accredited mediator, sits as a Deputy High Court Judge and is a Crown Court Recorder.

He is registered for Public Access and can therefore be instructed directly by lay clients. Companies, employment consultants and individuals needing advice or representation are encouraged to take advantage of this possibility and the significant cost savings this can offer.

Charles has been described by the directories as “an elegant advocate”, “stellar”, “a fearsome intellect” and “a fantastic lawyer.”

Public Access is particularly suitable for many education cases. For example, where a student or parent requires quick, focused advice ahead of an exclusion appeal or an extenuating circumstances application in connection with an exam, there can be a simple agreement to provide advice or to draft a letter or an appeal document for a fixed fee.

Charles is experienced in tribunal advocacy and also in judicial review and damages claims in the civil courts. He also has experience of mediations in the Education field. He can be instructed as advocate in a mediation, or parties can instruct him to act as Mediator to help them resolve their dispute.

Charles’ particular specialisms include whistleblowing, discrimination of all kinds, equal pay, local government (including relating to senior officers and members of local authorities) and national security procedures. He is currently representing the Government in pension and pay claims by thousands of judges raising UK and EU issues of part-time workers discrimination, holiday pay entitlement, selection of comparators and operation of time limits.

He also appears in High Court injunction applications. At 11KBW, he has advised numerous organisations on their employment contracts and policies. He is also available to conduct investigations for employers, benefiting from years of judicial experience in courts and disciplinary tribunals.

Much of Charles’ claimant work is on a public access basis where clients benefit from arrangements directed at particular tasks in a case where affordable fees can often be fixed in advance.

Charles is an author of Tolley’s Employment Handbook.

Charles has many years’ experience of dealing with human rights claims for or against public bodies, including Strasbourg cases. He served as the first Chairman of the Human Rights Lawyers Association in 2003, and has edited the Human Rights section of the Civil Court Practice.

Charles is a CEDR-accredited mediator and has assisted claimants, private companies, Government departments and NHS bodies with dispute resolution. His recent mediation experience spans various fields including employment, education and property law. His patient and understanding approach makes him a very effective mediator. He is also available to act as an advocate in mediations.

Charles advises professional bodies on policy issues and individual cases and is regularly instructed to draft rules, regulations and disciplinary schemes. He recently acted for the Institute of Chartered Accountants in England and Wales in relation to its successful application for approval as a regulator and alternative business structure licensing authority in the field of probate services, and its implementation.

Charles also advises and represents individuals facing disciplinary proceedings. His clients have included doctors, opticians, accountants and surveyors. For many years he sat as a member of the Bar Disciplinary Tribunal.

Charles has also conducted an investigation in a Bar disciplinary case in another of the British jurisidictions.

Charles acts in judicial review claims and advisory work both for and against public bodies in areas such as immigration, prisons, hospitals, mental health and community care, and was on the Attorney General’s A Panel for 5 years before taking silk. He is also experienced in damages claims involving public bodies, with particular expertise in multi-party actions.

He is particularly experienced in local authority law, in areas such as consultation and equality duties, governance and constitutional issues and public procurement. He is a noted expert on public transport law, especially concerning concessionary travel schemes. In community care he has fought judicial review claims regarding residential care and funding, age assessment, and cases raising issues as to mental health and capacity. Charles has also appeared in planning inquiries and judicial reviews and trading standards litigation. He also has experience in public procurement, and represented a number of the successful firms in challenges to the procurement of Duty Crime Contracts by the Legal Aid Agency.

Charles’ public law practice also covers information law, where he regularly advises the Government and local authorities on their obligations under the Freedom of Information Act 2000 and the Data Protection Act 1998 and provides representation in tribunals.

He is also well known for his public inquiry work, having appeared in the Baha Mousa Inquiry, the Billy Wright Inquiry and the Zahid Mubarek Inquiry. He is presently instructed by a core participant in the Independent Inquiry into Child Sexual Abuse.

Charles is well known for his work in public inquiries, having been instructed in the Zahid Mubarek Inquiry (for the prison officer accused of organising “Gladiator” games), the Billy Wright Inquiry (for the Northern Ireland Prison Service) and the Baha Mousa Inquiry (for soldiers including one who was with Baha Mousa when he died and the regimental medical officer who attempted to treat him). He is currently representing an eminent retired clergyman in the Independent Inquiry into Child Sexual Abuse.

Since taking silk, Charles has conducted various investigations, reporting on code of conduct arrangements for the City of London Corporation, Bar disciplinary cases in Guernsey and Jersey and a child safeguarding case for a local authority in the North West.

His work on inquests goes back many years, with instructions for families and for institutions including HM Prison Service.

“He is a very good advocate and he is very clear and measured.” Chambers & Partners

“He is an elegant advocate.” Chambers & Partners

“Charles has a very unassuming demeanour that belies a fearsome intellect and an ability to present arguments in a logical, compelling and simple way.” Chambers & Partners

R (on the application of C) v Secretary of State for Work and Pensions
[2017] UKSC 72, [2017] 1 WLR 4127
Successfully resisted appeal to Supreme Court from judicial review of DWP policies re protection of sensitive personal data including that of transgender customers. Policies ruled not to infringe ECHR art.8 or art.14.

Jones v Southwark London Borough Council
[2016] EWHC 457 (Ch), [2016] HLR 14, Ch Div, March 4 2016
Local authority which had made an agreement with a water undertaker was acting as a re-seller, not an agent – The amount of water charges which the authority could recover from its tenants was therefore limited.

Kiani v Secretary of State for the Home Department
[2015] ICR 418, EAT, November 21 2014
There was no absolute requirement for an employment tribunal to disclose a gist of the evidence against an employee immigration officer in closed proceedings where national security was held to apply.

Edgehill v Secretary of State for the Home Department
[2014] EWCA Civ 402, [2014] Imm AR 883, [2015] INLR 1
Court of Appeal ruling on effect of new immigration rules on application for leave to remain based on long residence.

Author of The Civil Practitioner’s Guide to Advocacy (Cavendish, 1997 and 2001)

Counsel to the Welsh Assembly Government 2009

Association of Regulatory and Disciplinary Lawyers

Full name (as registered with Bar Standards Board of England and Wales): Charles Bourne QC

To all our clients - Coronavirus update